The origins of this aristocratic wine are lost in legend. Some say that the Gauls originally arrived in Italy precisely because they were attracted by a certain excellent wine called ‘Barbaritium’. Others relate that Barbaresco derived its name from the barbarian hoards that caused the fall of the Roman Empire.

Barbaresco is produced entirely from Nebbiolo grapes and presents an intense and brilliant colour ranging from ruby to garnet red. The bouquet is a stimulating combination of fruit including raspberries and redberry jam, geraniums and violets but also green pepper, cinnamon, nutmeg, hay wood, toasted hazelnuts, vanilla and even aniseed. 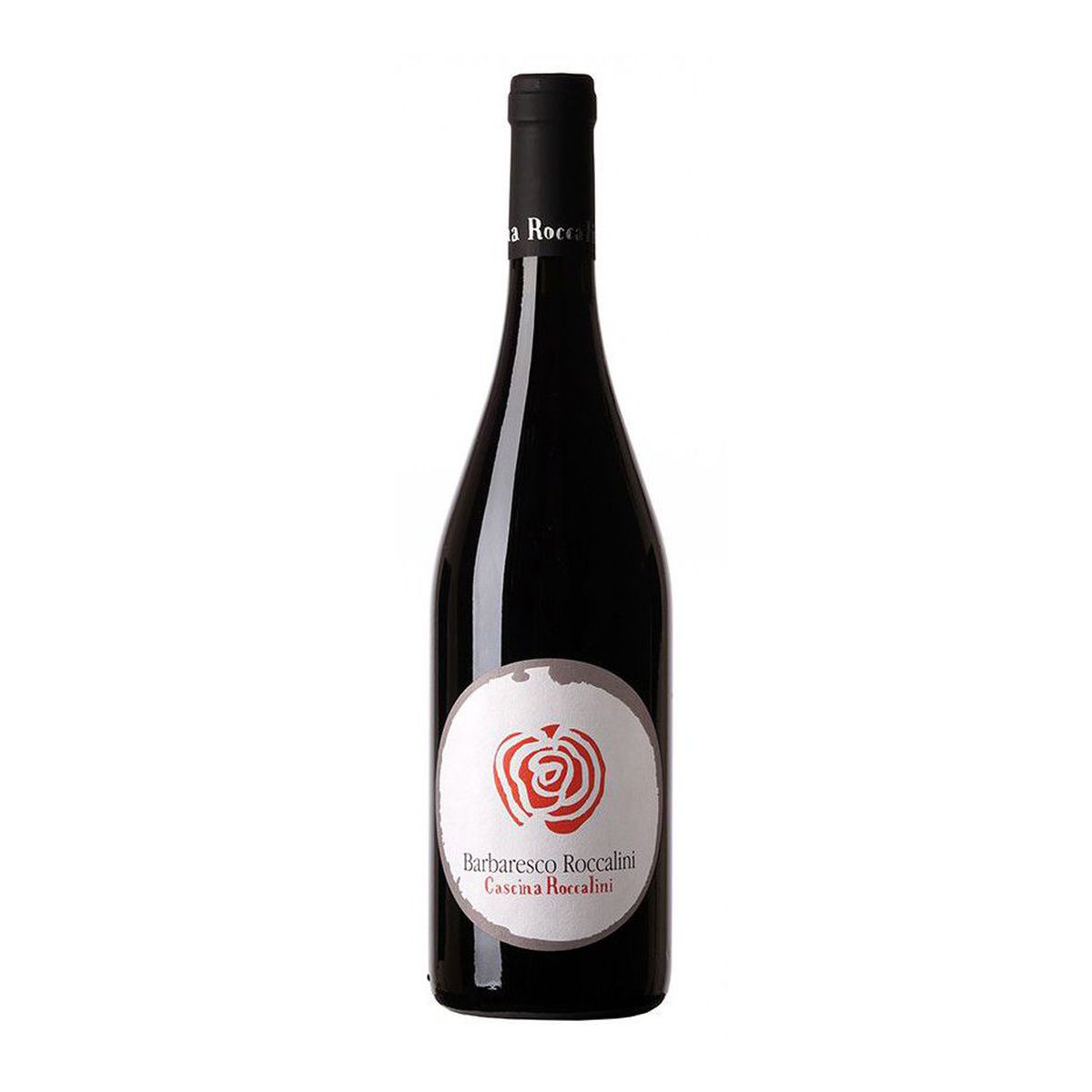 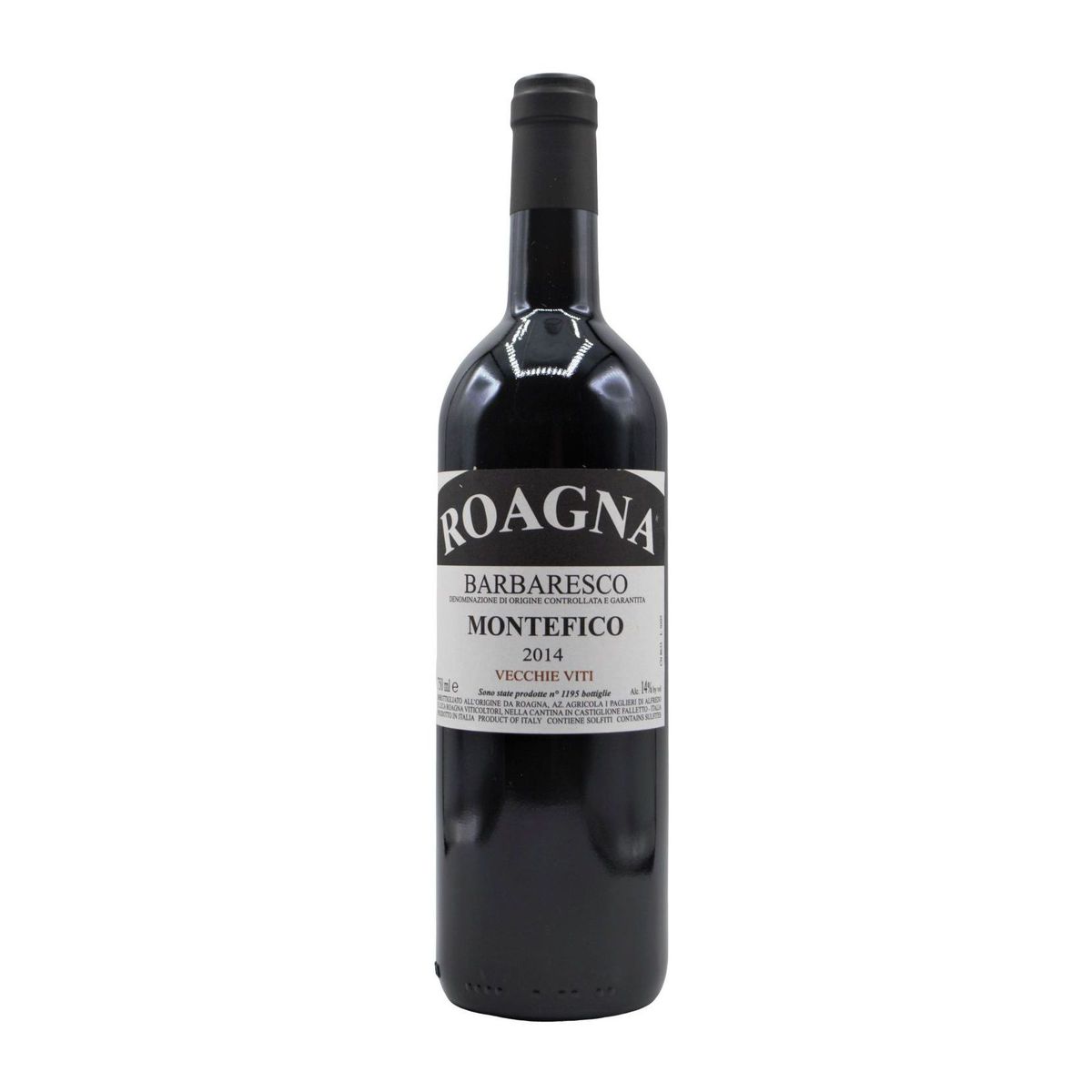 The name Montefico derives from the Piedmontese dialect (mont der fi), with which it is historically named the glass components at the time and is one of the historic vineyards of the village of Barbaresco. The plants for this wine have a minimum age of over 50 years, therefore old vines, exclusively of mass origin with woods obtained in pruning of the same vineyard. The harvest takes place in October, normally in a morning, at perfect physiological ripeness. The collection is manual, in small boxes. Before being vinified, the grapes follow 2 manual selections to check the prefect integrity of the fruit. The production of bottles is very limited.
€ 280.00
2014
0,75 lt 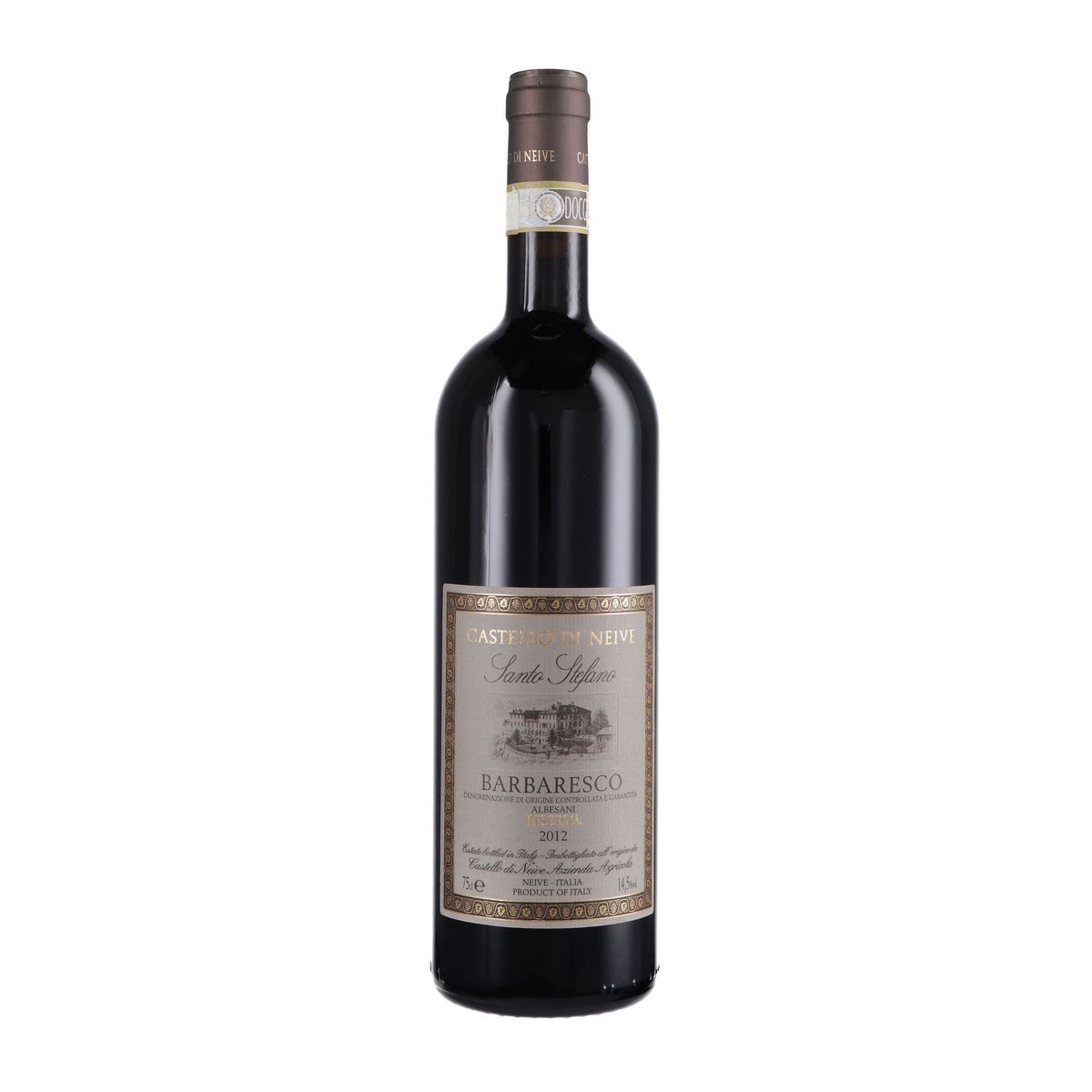 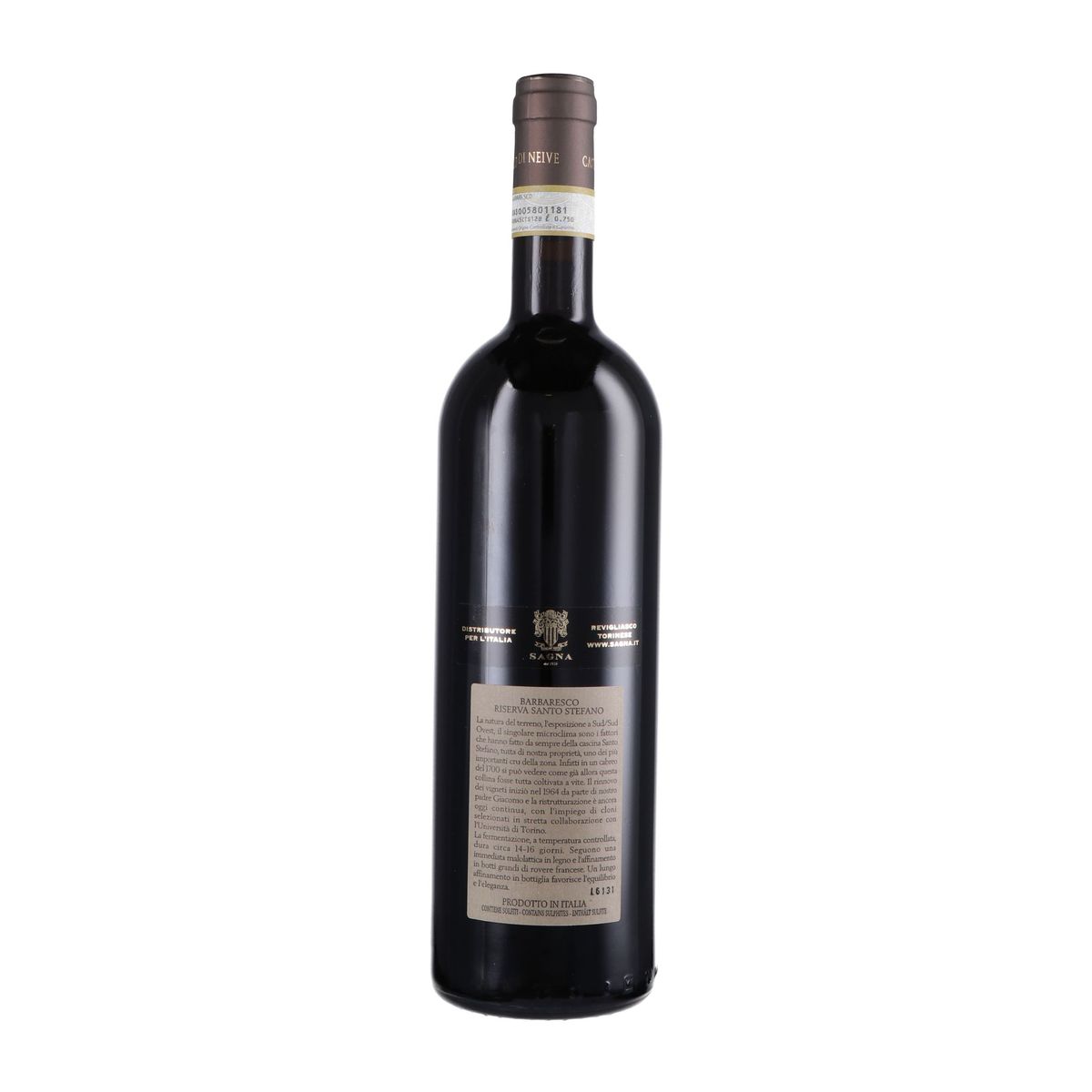 Colour:intense and brilliant garnet with light orange reflections Nose: complex, intense and quite pronounced; ripe berries aromas tend to fade into a bouquet of tobacco, withered flowers, spices and cocoa, with a balsamic mentolate notes typical of the Santo Stefano vineyard. Taste: Round, sweet tannins, with the right acidity to improve and maintain balance for a long time
€ 60.00
2012
0,75 lt 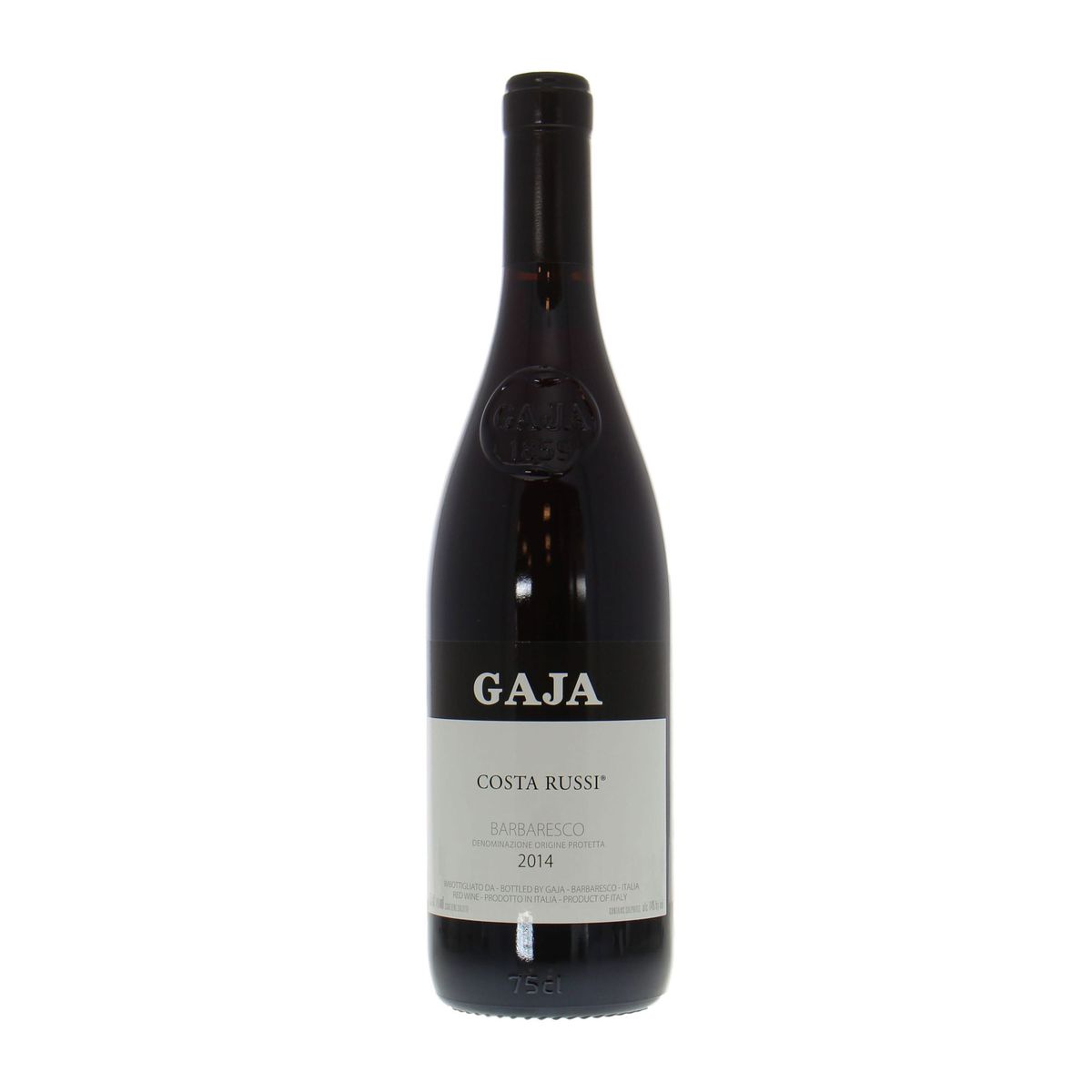 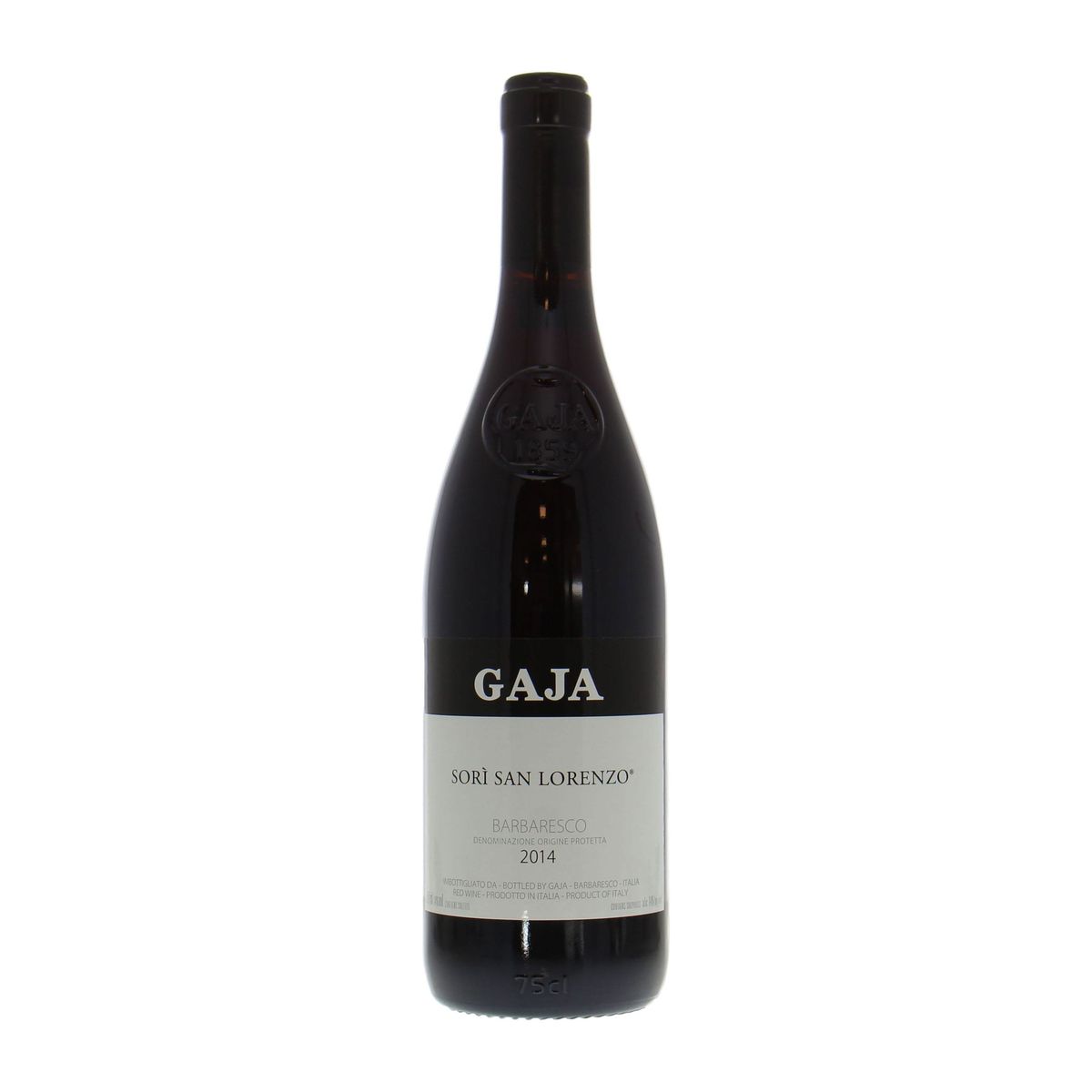 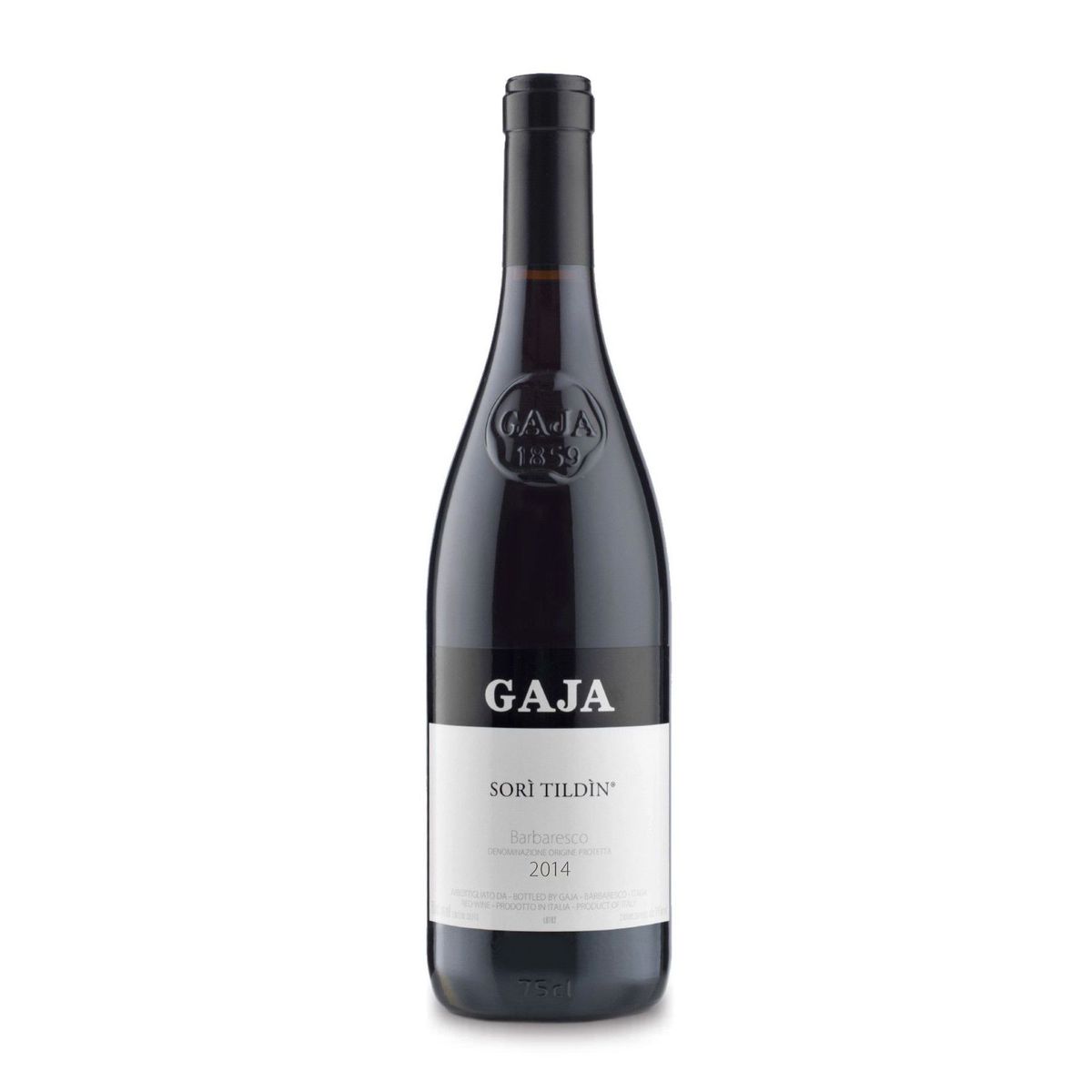 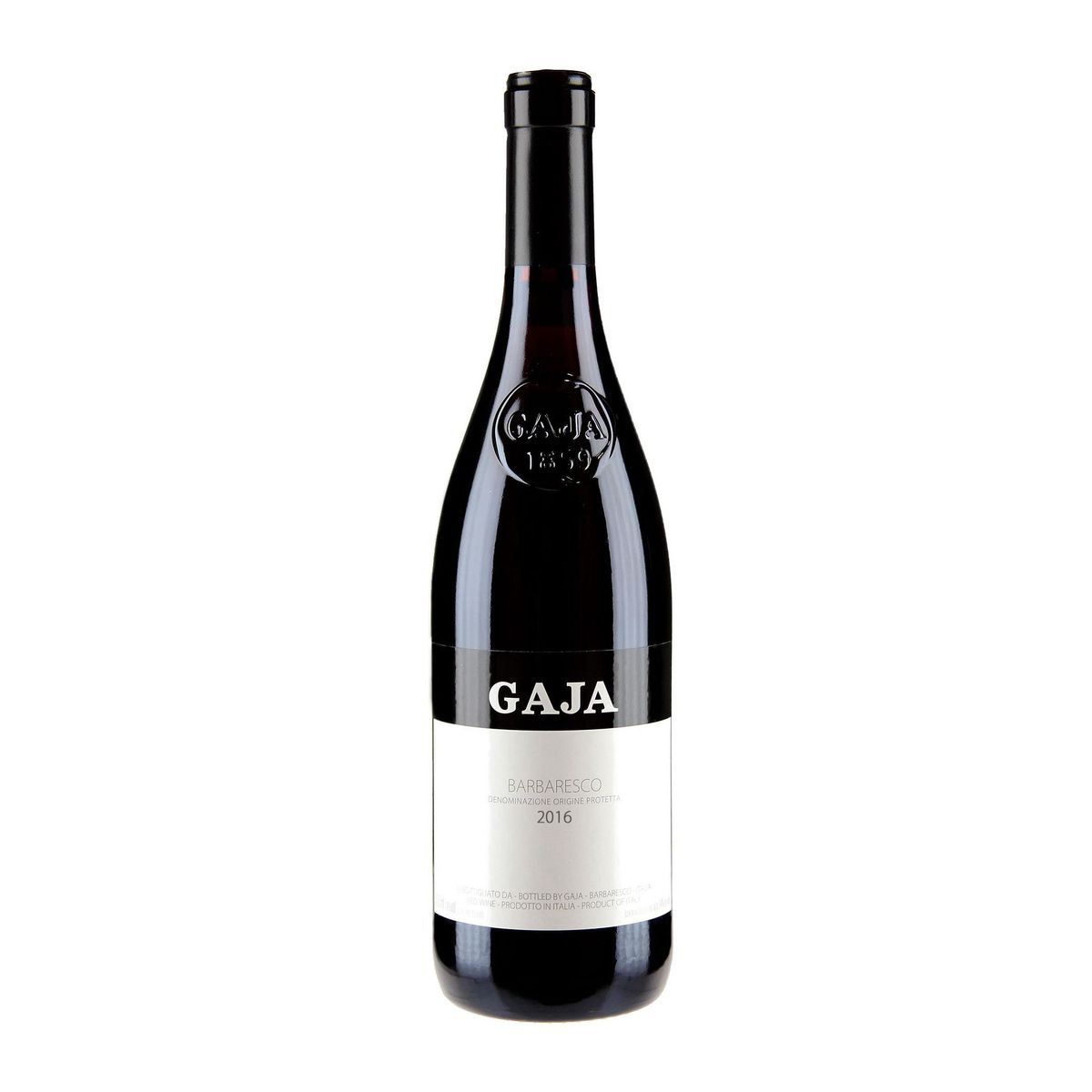 This balanced and pleasant Barbaresco is the result of a combination of factors: the vineyard’s diversified exposure due to the shape of the “bricco” (the summit of a hill in local dialect), a specific clonal selection and aging in barrels of different capacities. Bric Turot is an intense garnet red color with dark ruby highlights. The nose is complex with notes of licorice that balance perfectly with hints of small berries, cinnamon, cloves and pleasant violet sensations. The palate is striking with its rounded mouth-filling tannins with a long aftertaste of ripe fruit
€ 42.10
2016
0,75 lt 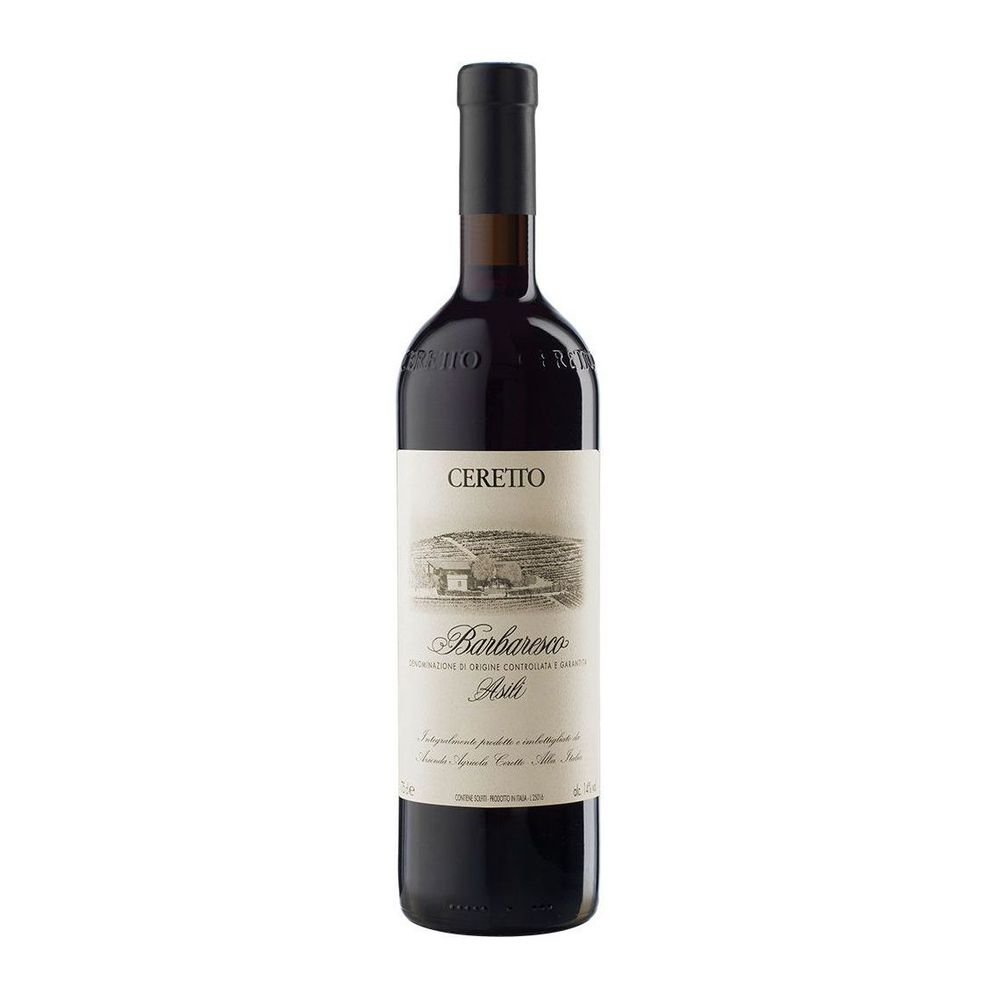 It is one of the most representative climates of the appellation and is the symbol of the town of Barbaresco, with its amazing finesse and power, and disarming elegance and longevity. The vineyard area goes down to the bottom of the hill starting at 290 metres above sea level at the peak, and 200 metres in the valley. The land is marked by the presence of St. Agata Fossil Marne and is South / South-West facing. Ceretto owns the top (“bricco”) of the hill (just over one hectare) that because of its specific undulations could be considered an almost standalone production environment. The grapes of this vineyard have been vinified separately as a single parcel since the first half of the '70s.
€ 162.00
2016
0,75 lt 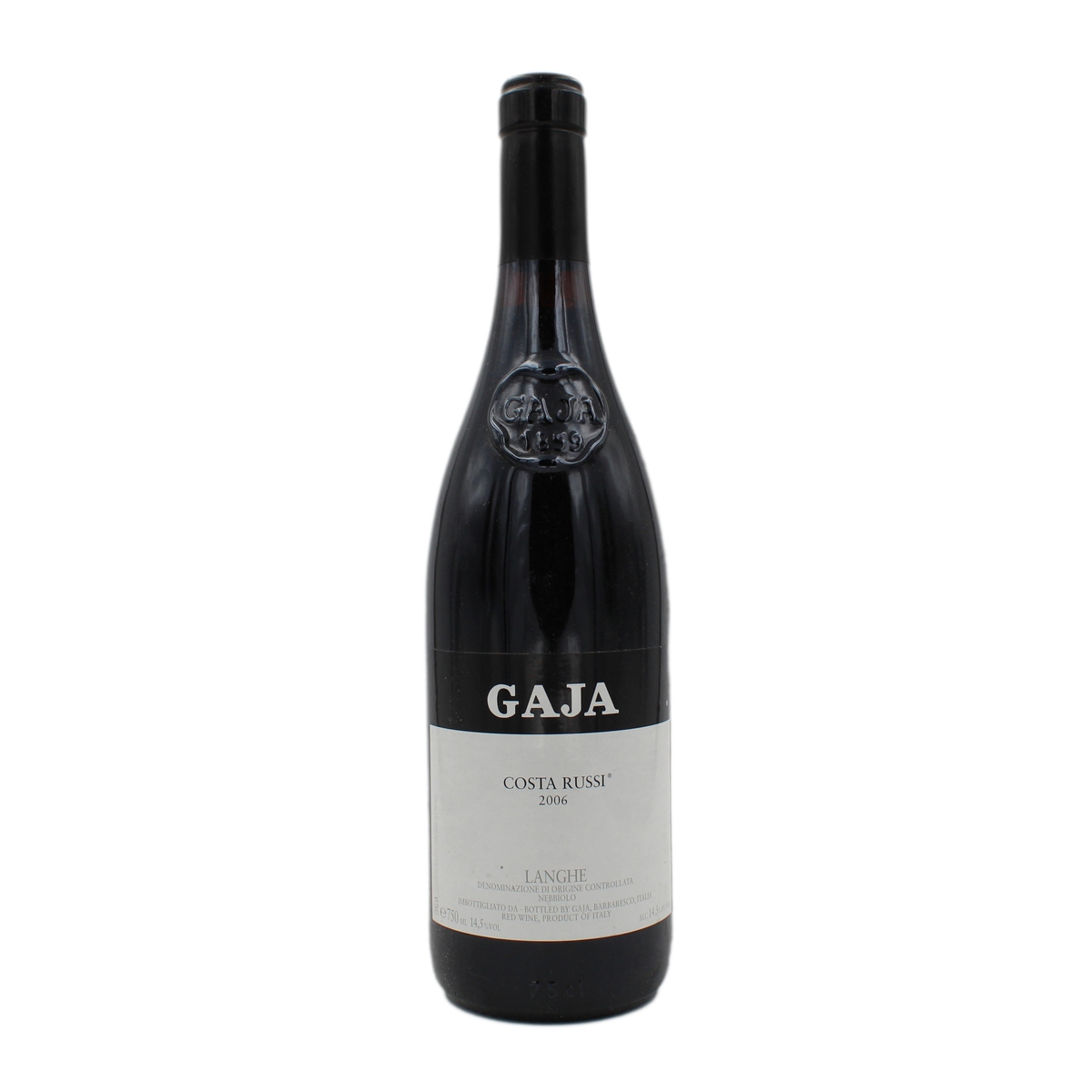 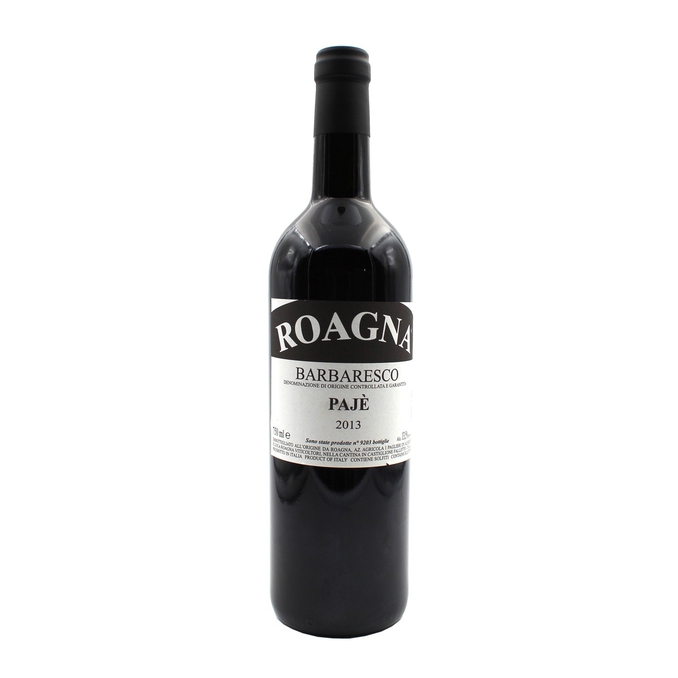 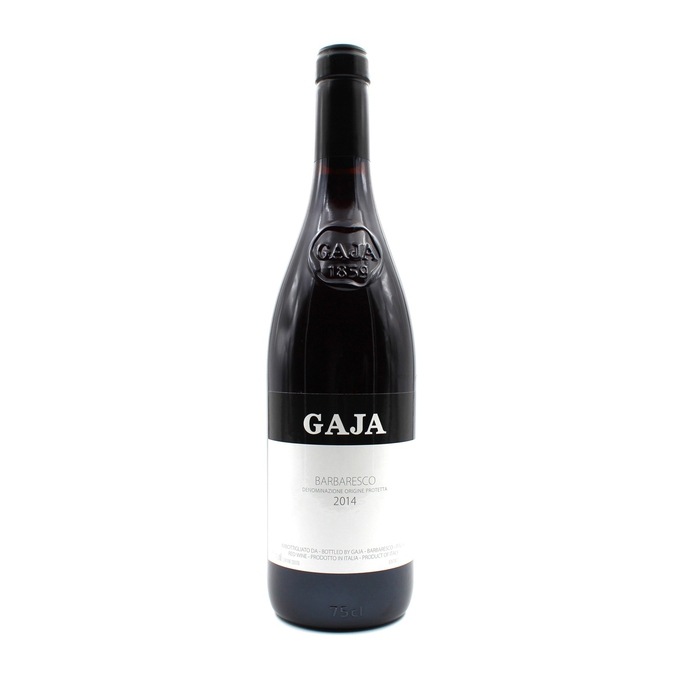 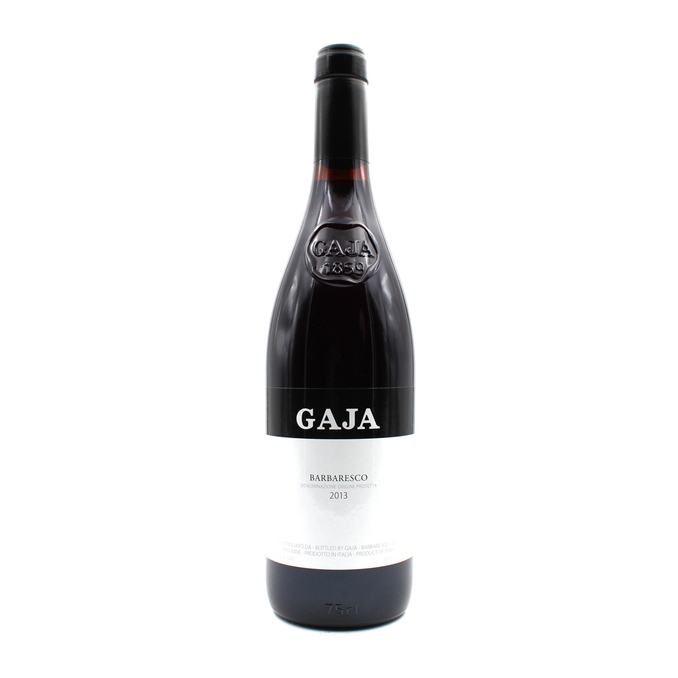 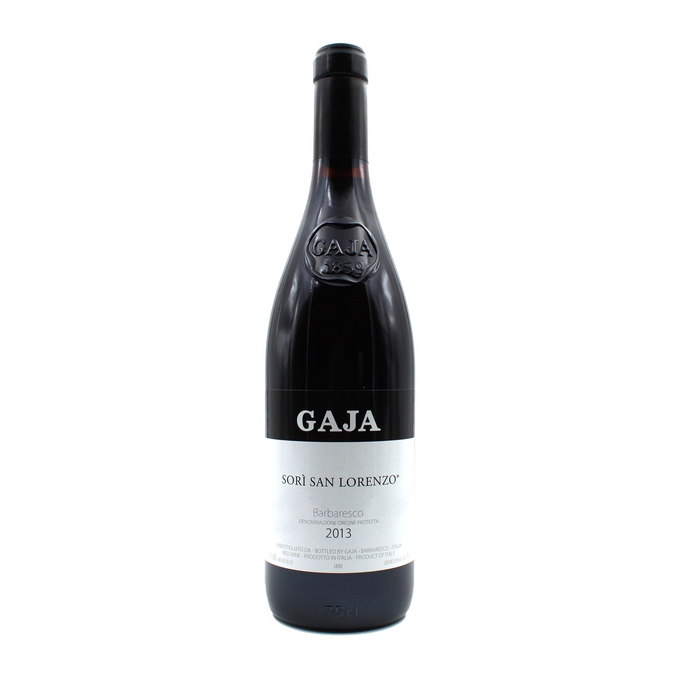