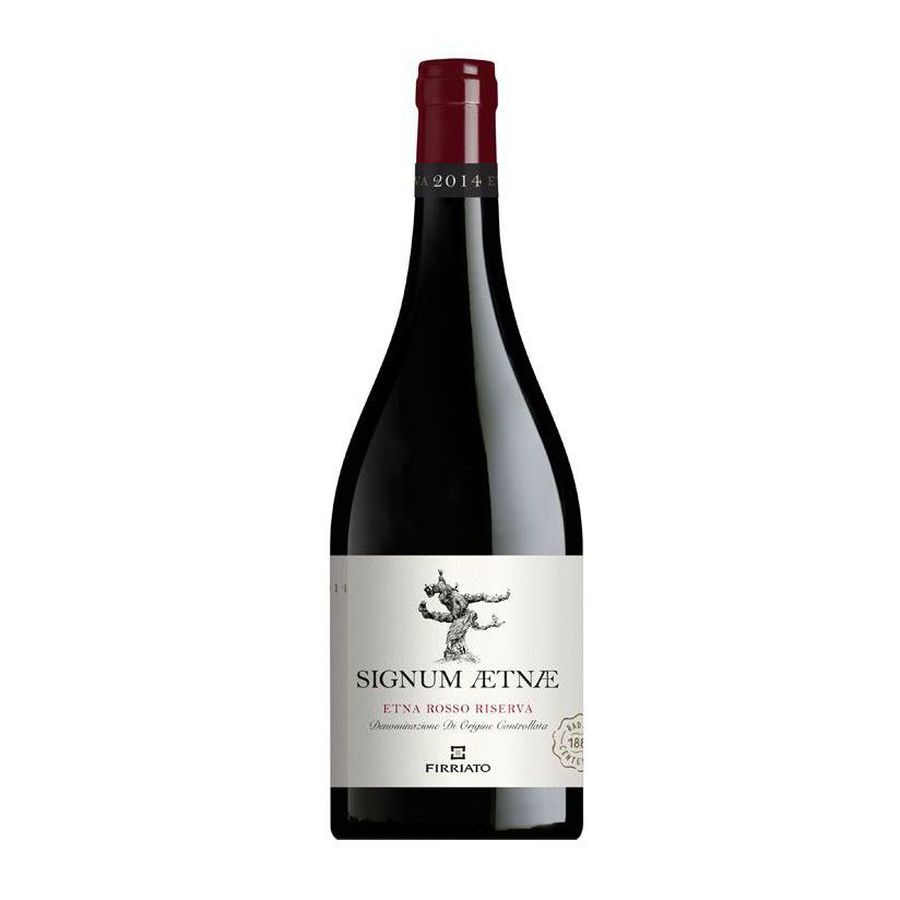 Notify me if price drops
Need help?
SIZES
SIZE NOT AVAILABLE
DO YOU WANT TO BE NOTIFIED IF IT IS AVAILABLE AGAIN?
SELECT SIZE
LAST AVAILABLE

In the vineyards of Cavanera Etnea estate, you will admire a rare and precious treasure: a pre-phylloxera vineyard. Long-lived, centenarian plants, which are distinguished by the formation of the trunk, often evolved into concentric circles, coils and twisted arms. Creatures that time has forged bringing them to us, full of history. Etna Riserva Signum Aetnae comes from these centuries-old plants. Signum aetnae is the flagship of Firriato’s Etna production, making Nerello Mascalese grapes and other relic varieties in its vineyard at a straight foot. A pre-phylloxera parcel, whose plants were planted before the arrival of the aphid on the Etna. This precious Etna DOC Riserva comes from vineyards growing according to the traditional system of the alberello Etneo, at 650 meters on the north-eastern side of the volcano, a vineyard dating back to the second half of the ‘800, which testifies to the centuries-old culture of wine on the most active volcano in Europe . This treasure, depending on the year, gives life to about 3,500 bottles, destined to embellish the most prestigious wineries.

Are you a new user?

Are you a new user?