Whiskey is an alcoholic beverage, obtained from the distillation of a fermented must composed of barley and other cereals, malted and not malted, which is subsequently aged in wooden barrels, generally oak.

The most famous is certainly the one produced in Scotland where two profoundly different categories are produced: the most valuable is pure malt whiskey made from the distillation of barley alone in a single distillery. The second, generally more commercial even if there is no lack of premium products, is blended whiskey. This product is obtained by mixing malt whiskeys produced in various distilleries, often mixed with cereal spirits, malted and not.

Following the Irish whiskey, which although excellent, has always enjoyed less commercial expansion than the Scottish cousin.
Irish malts are rounder and softer and have no peat hints.

Finally the American Whiskey, produced with musts that see a dominant presence of corn or rye, due to reasons of territory and tradition. Barley is present but to a lesser extent. The character of the whiskey is dominated by a background softness of corn or more dry and structured tones if rye. 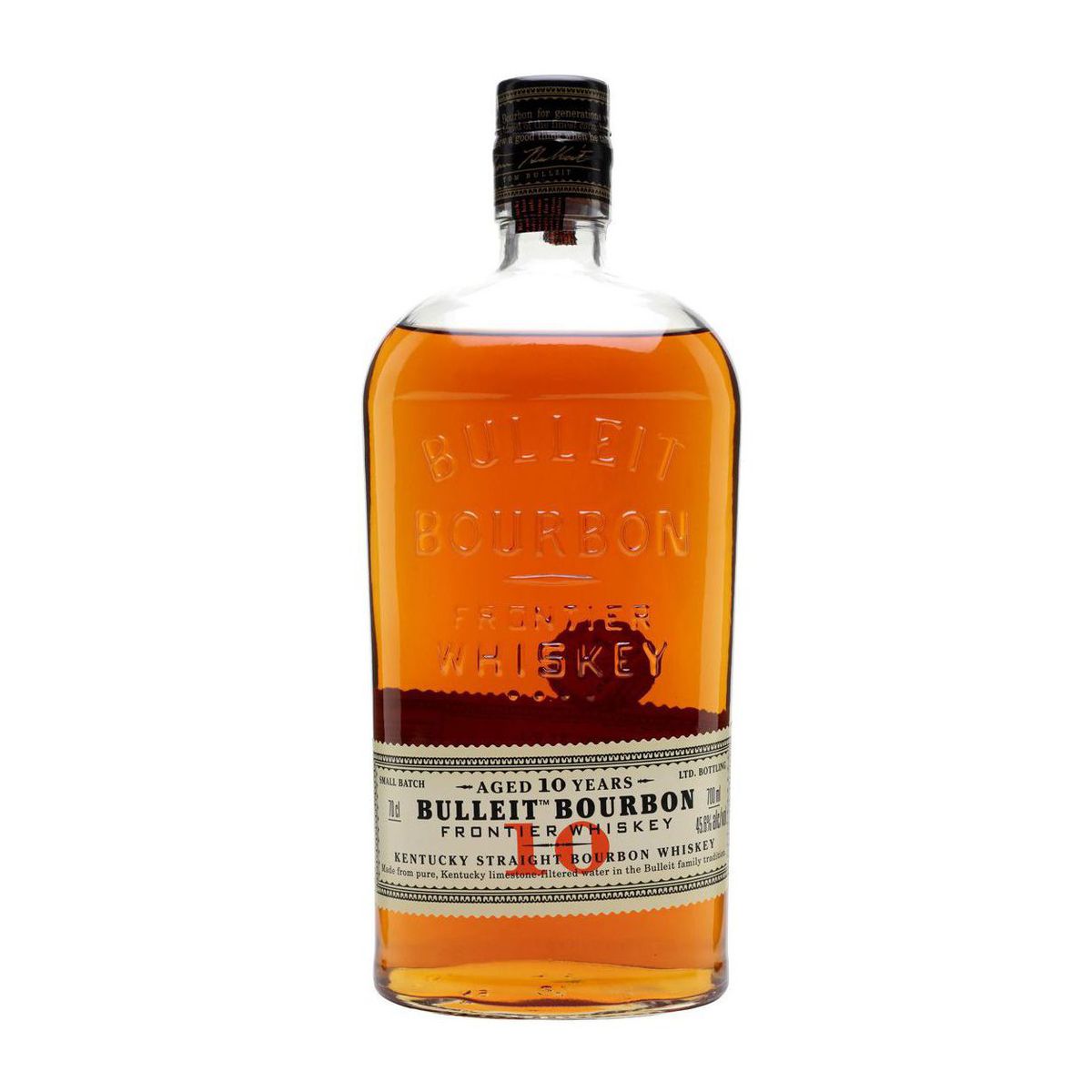 A Special Cardhu that takes time to reveal its delicate, fruity and rich character, repaying a little thoughtful contemplation.
€ 160.00
2019
0,70 lt

Enticing and silky smooth, this is the quintessential Cardhu. Glowing with notes of golden honey and delicate, fruity character.
€ 40.00
0,70 lt

Appearance: Amber, rose-hued. Nose: Outstanding. Fruity and pungent; sea salt with crushed grapes, orange zest and hints of smoke. Massively complex. Body: Full, rich. Palate: Most explosive Oban ever. Soft malt then wave upon wave of delicate yet rich fruit notes on a tide of brine. Finish: Sweetened Jamaican coffee and oak, with an attractive malt-biscuit effect as it dies down.
€ 85.00
2018
0,70 lt

One for the long evenings. A well-balanced, contemplative old Caol Ila; the bonfire still burns, its intensity dimmed by age. A big and bold Islay peated malt, with classic briny and seaside notes, and smouldering charcoal and boathouse flavours
€ 220.00
0,70 lt

Appearance: Full gold, with copper lights. Very good beading. Body: Medium to full. Nose: A mild nose-feel, with a noticeably spicy prickle, and lightly nose-drying. The aroma is immediately maritime, with notes of sea salt, dry seaweed, peeling boat varnish and warm sand, on a base of smouldering peat. Very spicy and malty. Honey and smoke. Even a drop of water suppresses much of this. Palate: A mouth-filling texture at natural strength, the taste is at first unexpectedly rich and sweet before a spiciness asserts itself, with a pinch of salt. The trademark chilli catch as you swallow is still there, while the pepperiness on the palate comes across in complex waves of drying spiciness. Interestingly, all these tastes are enhanced by a little water, which makes the effect more rounded, sweeter, and spicier still. Finish: Long and spicy, with a delightful aftertaste. Lightly drying. With water, longer, spicier and more peppery. Leaves a thread of smoke on the tongue.
€ 145.00
2019
0,70 lt

The classic stalwart of the Talisker family. The perfect companion for when the day is done, smooth, smoky with a comforting afterglow.
€ 50.00
0,70 lt

Matured in Spanish top quality oloroso sherry casks in special editions, Kavalan Solist Sherry is bottled at the distillery, without any colouring or chill-filtration. It is a naturally smooth and rich whisky with a complex character. It is clean and complex with multi-layers of dried fruit, nuttiness and spices with some marzipan and vanilla touches to it as well.
€ 220.00
0,70 lt

More peaty than the Kavalan Peaty , this version nonetheless has the same elegance and complexity. In fact, the dichotomy between the nose and the palate has an enlivening effect, keeping the taster’s senses on constant alert. And then there’s the finish - a real source of pleasure which ends in a grand finale verging on perfection. Single Cask #R070423087 Limited edition of 117 bottles – LMDW world exclusive Profile: peaty, opulent and precise. The palate gradually becomes deliciously fruity, juicy and exotic (banana, mango, guava).
€ 230.00
0,70 lt

Nikka has always been at the crossroads of cultures, between the East and the West, Nature and Human, Tradition and Innovation. Each day is a new journey which continuously learn from previous ones. Nikka Days, the latest creation of the brand, is a shining example of this state of mind. A subtle blend of grain and malt whiskies. Creamy and smooth, fruity and floral, this whisky will please amateurs and connoisseurs.
€ 55.00
0,50 lt

The Coffey Still is the world’s first patented continuous still invented by Mr. Aeneas Coffey in 1830. Masataka Taketsuru valued the feature of this type of still, which retains the flavors of ingredients and also creates a distinctive texture. Coffey Malt is made from 100% malted barley. However it is not categorized as “malt whisky” but as “grain whisky” since it is not distilled in a pot still. This unique production method results in extraordinary flavors and texture.
€ 90.00
0,70 lt

The Coffey Still is the world’s first patented continuous still invented by Mr. Aeneas Coffey in 1830. Masataka Taketsuru valued the feature of this type of still, which retains the flavors of ingredients and also creates a distinctive texture. Coffey Grain is predominantly made from corn and distilled in a Coffey Still. The complex, sweet and mellow flavors of this expression will help you re-discover the beauty of a grain whisky.
€ 85.00
0,70 lt 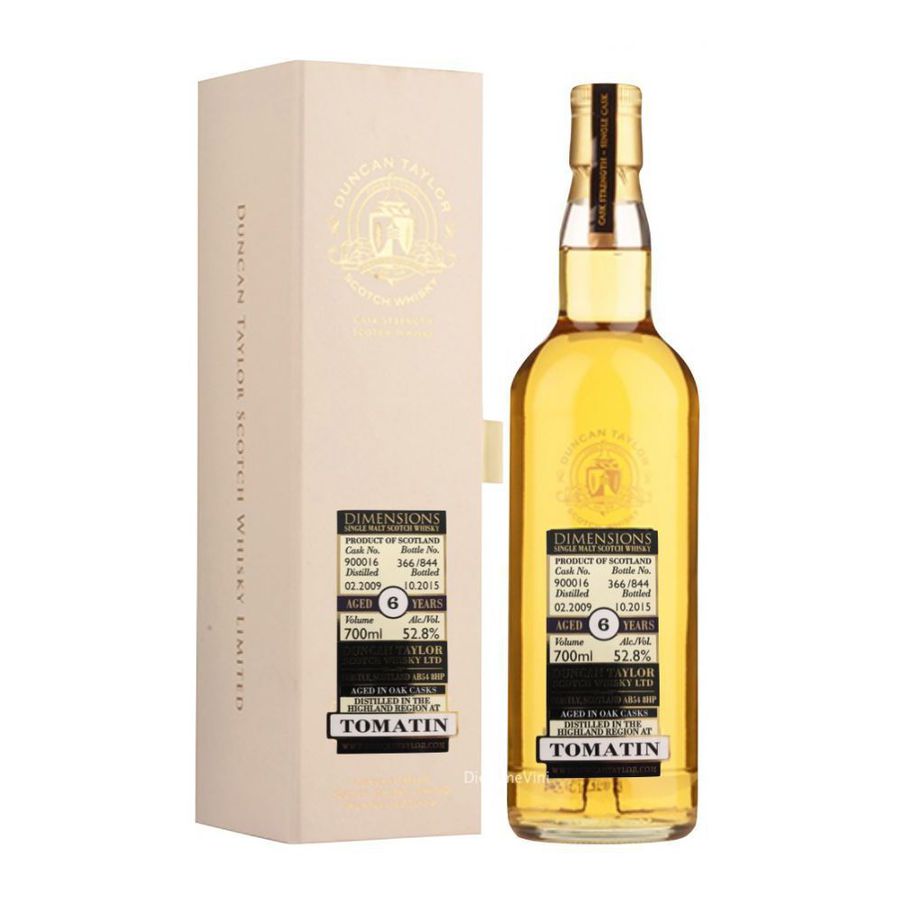 An independent bottling of Tomatin single malt Scotch whisky aged for 6 years, from February 2009 to October 2015. It was then bottled by Duncan Taylor for their Dimensions range (which shows off the "dimensions" of the whisky they bottle), with 844 bottles. Nose: Plenty of malt notes throughout, with a touch of salted caramel and orange peels. Palate: Toffee Crisp chocolate bars, barley and cream. Finish: Quite fruity - tangerines and lemons.
€ 67.00
2009
0,70 lt

Kavalan Classic Single Malt Whisky exemplifies the sheer quality of whisky currently coming out of Taiwan. The skills of Master Blender Ian Chang work with the humid Taiwanese climate to create whisky that is diverse and complex. Fresh and clean, the spirit is rich with silky smoothness and hints of tropical fruits, mango in particular.
€ 70.00
0,70 lt

Johnnie Walker Platinum Label is made using whiskies that have matured for at least 18 years. Carefully chosen for their flavour and quality, these whiskies make for a wonderful combination of both classic and contemporary tastes – blending notes of citrus and fragrant almonds, with warm vanilla and a hint of tropical tangerines.
€ 90.00
0,70 lt

Johnnie Walker Blue Label is an unrivalled masterpiece, an exquisite combination of Scotland’s rarest and most exceptional whiskies. Only one in every ten thousand casks has the elusive quality, character and flavour to deliver the remarkable signature taste. An extraordinary whisky for extraordinary occasions. NOSE: Take in the wonderfully mellow, rounded nose – replete with dry smokiness artfully mixed with the sweetness of raisins. PALATE: Serving a velvety combination of vanilla, honey and rose petals – before broadening out to include a zesty orange flavour with notes of hazelnut, sherry and dark chocolate. FINISH: Signing off with a rich and luxuriously long finish, which showcases Johnnie Walker's trademark smokiness in the most sophisticated way.
€ 245.00
0,70 lt

The Isle of Skye is renowned for its rich, varied landscape – from its soft, serene shores to the dark, jagged peaks of the Cuillin mountains. Talisker Skye is the distillery’s ode to these appealing contrasts, with a smoky sweetness, maritime notes and a spicy edge. Nose: The first glorious citrus sweetness of fresh oranges develops into soft mango. Maritime air with seaweed, driftwood and salt continue under. Appearance: Bright 18 carat gold with polished copper lights. Palate: Soft and sweet at first, coating and tongue tingling, with light smoke. Quickly becomes more pungent and savoury with a hot spiciness.
€ 45.00
0,70 lt
Spirits
USE THE "WELCOME10" COUPON CODE TO GET A 10% DISCOUNT