Attems is a name that encompasses the history of wine in Friuli Venezia Giulia. Indeed there is documentation that confirms ownership of land dedicated to viticulture in Collio by the Attems dynasty dating as far back as 1106, whereas the production of Ribolla Gialla and Refosco can be seen listed in the 1764 general ledgers.

A millenary tradition that has made this winery a local reference point, with Count Douglas Attems as key protagonist: to him goes the merit of having founded, in 1964, the Consorzio dei Vini del Collio (Collio Wine Consortium). It was – in chronological terms – the third to have been founded in Italy and the first in the Friuli region.

The story of Attems is thus interwoven with history: from the Patriarchate of Aquileia to the County of Gorizia, from the First World War to the present day. Owned by the Frescobaldi family since the year 2000, Attems denotes a fascinating past, an accomplished present and a future filled with innovation.

The Ribolla Gialla variety is long traditional to the area and yields a white wine that is straw yellow in appearance, marked by a very delicate bouquet of floral nuances. Its refreshing crispness and lively acidity make Ribolla Gialla ideal as an aperitif.
€ 8.90
2019
0,75 lt

Intense and brilliant straw yellow. Characteristic aromas of hazelnut, tropical fruit with a slight nuance of peach flowers. On the palate, the balance between acidity and body play a fundamental role in enhancing a very delicate texture of tannins. Spicy finish of vanilla, coffee and ginger.
€ 8.90
2019
0,75 lt 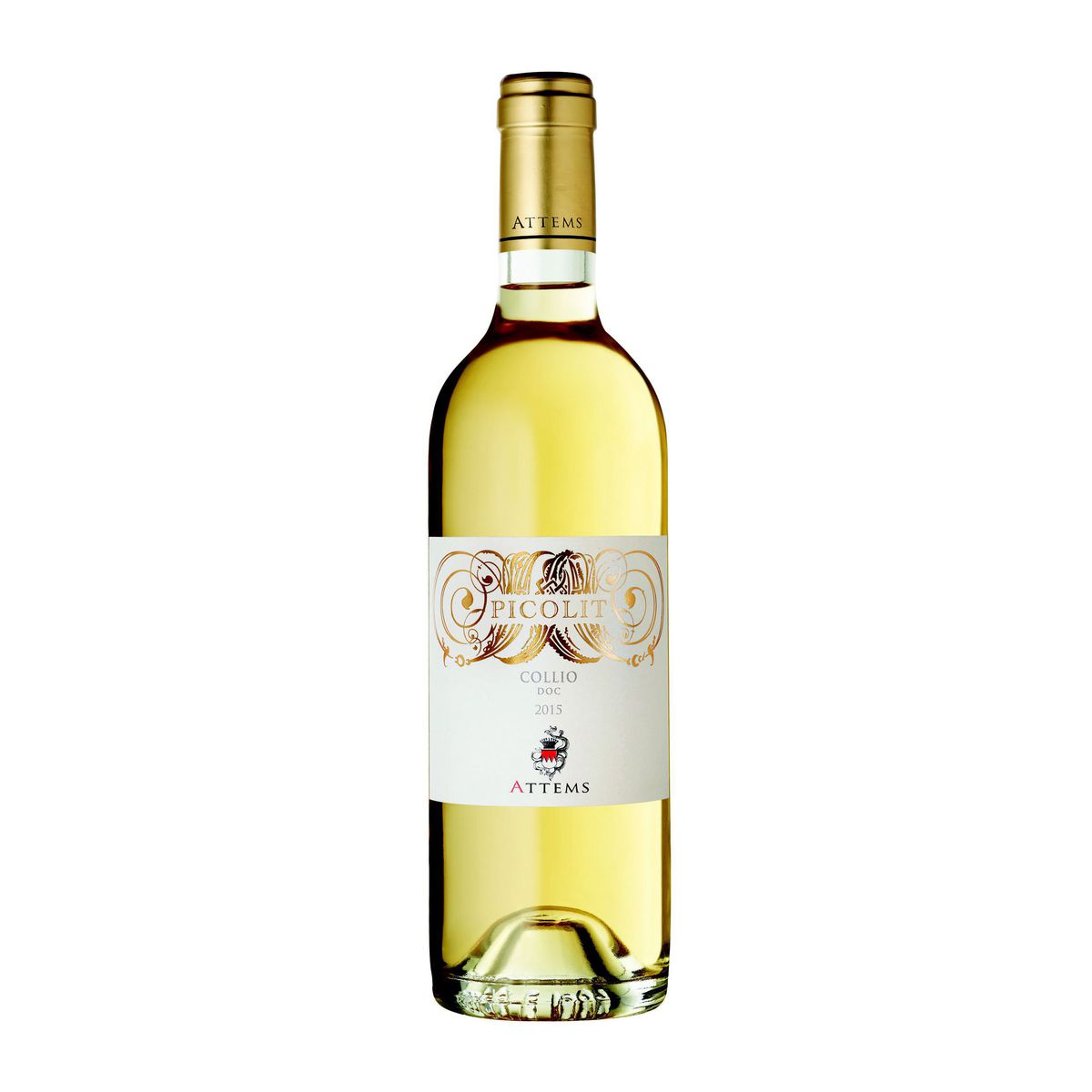 The partial fertilization of the flower, which determines the development of only a few and very concentrated berries, is the basis of the uniqueness of Piccolit. One of the noblest expressions of its territory. Picolit possesses a classic intense colour with ancient gold highlights. On the nose it is extremely complex with dominant candied fruit and apricot aromas and notes of sweet toasted bread, orange owers and a toasted hazelnut nish. On the palate the wine is an explosion of elegant sweetness, which leads to a surprising citrus and chestnut honey nish.
€ 21.60
2015
0,50 lt
Spirits White
STAY HOME, WE BRING THE WINE! #STAYHOME