Lavinio Franceschi, land owner from Florence, decided to visit the area after hearing the stories from a shepherd, who brought his herds around Montalcino during the winter. He fell so much in love with the landscape and the people who lived in that area that he decided to buy land and establish a farm.

Generation after generation, many resources were spent on research for quality, clonal selections, winemaking and aging techniques, and also by building a modern winery for the standards at that time.
Il Poggione was one of the first wineries to market the Brunello di Montalcino wine as early as the 1900’s, and one of the founding members of the Brunello di Montalcino Consortium.
After more than a Century, Lavinio Franceschi’s work is still a fundamental point of reference for his successors, Leopoldo and Livia, who continue to develop the business with that same dedication and unrelenting passion, combining the ancient skills of winemaking crafts and tradition with the latest, most innovative techniques. 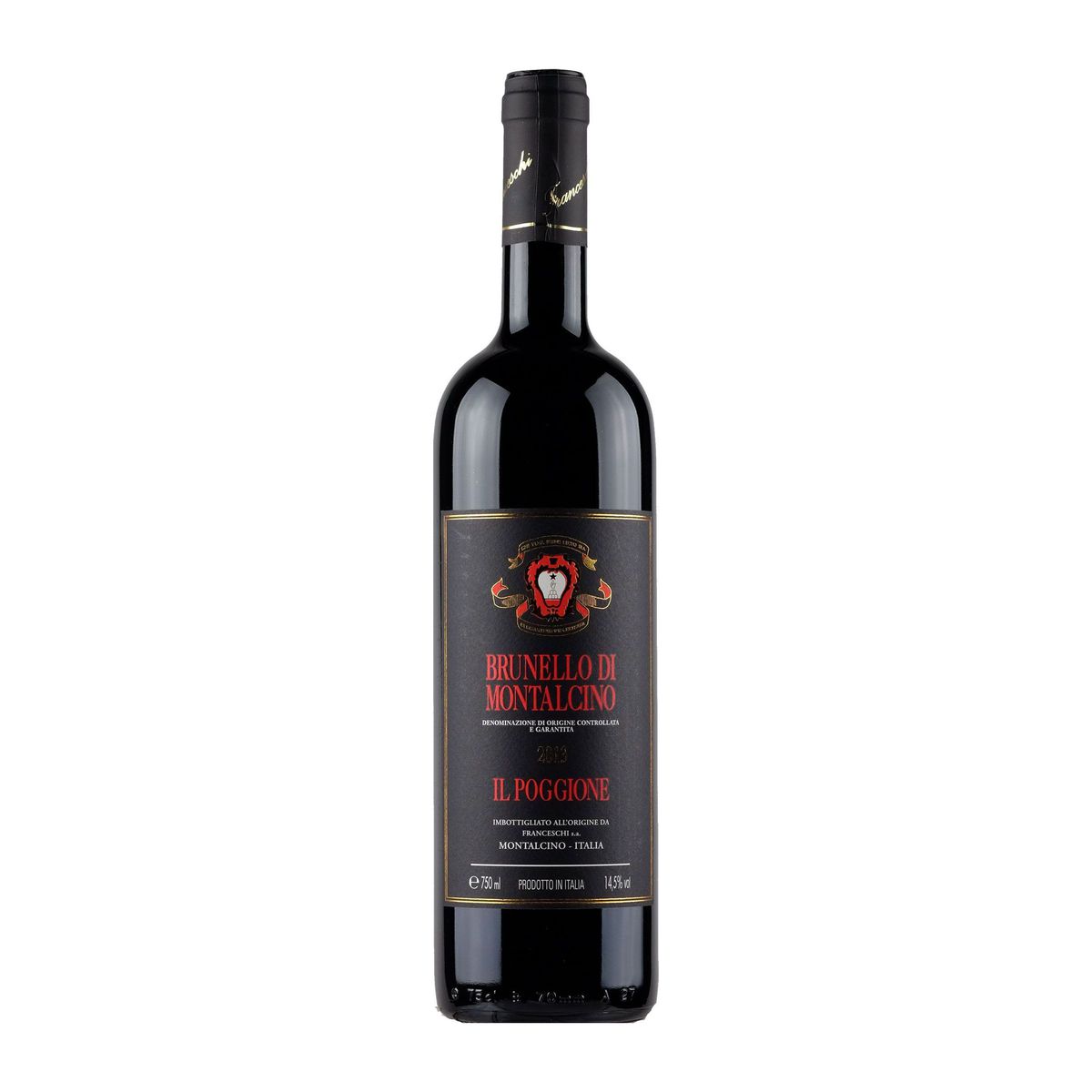 Brunello is the prince of Montalcino wines, produced exclusively from Sangiovese grapes picked by hand from the oldest vines in the farm. After a careful fermentation at controlled temperature, Tenuta Il Poggione Brunello di Montalcino is aged in French oak barrels. After being aged in wood, the wine is bottle aged: this is an essential process in guaranteeing the pleasantness and the complexity that have made the Brunello di Montalcino world-famous. Ruby red in colour, with a very intense, persistent nose and with red fruit notes. Warm, balanced flavour with velvet-smooth tannins. Long-lasting aroma.
€ 45.00
2013
0,75 lt 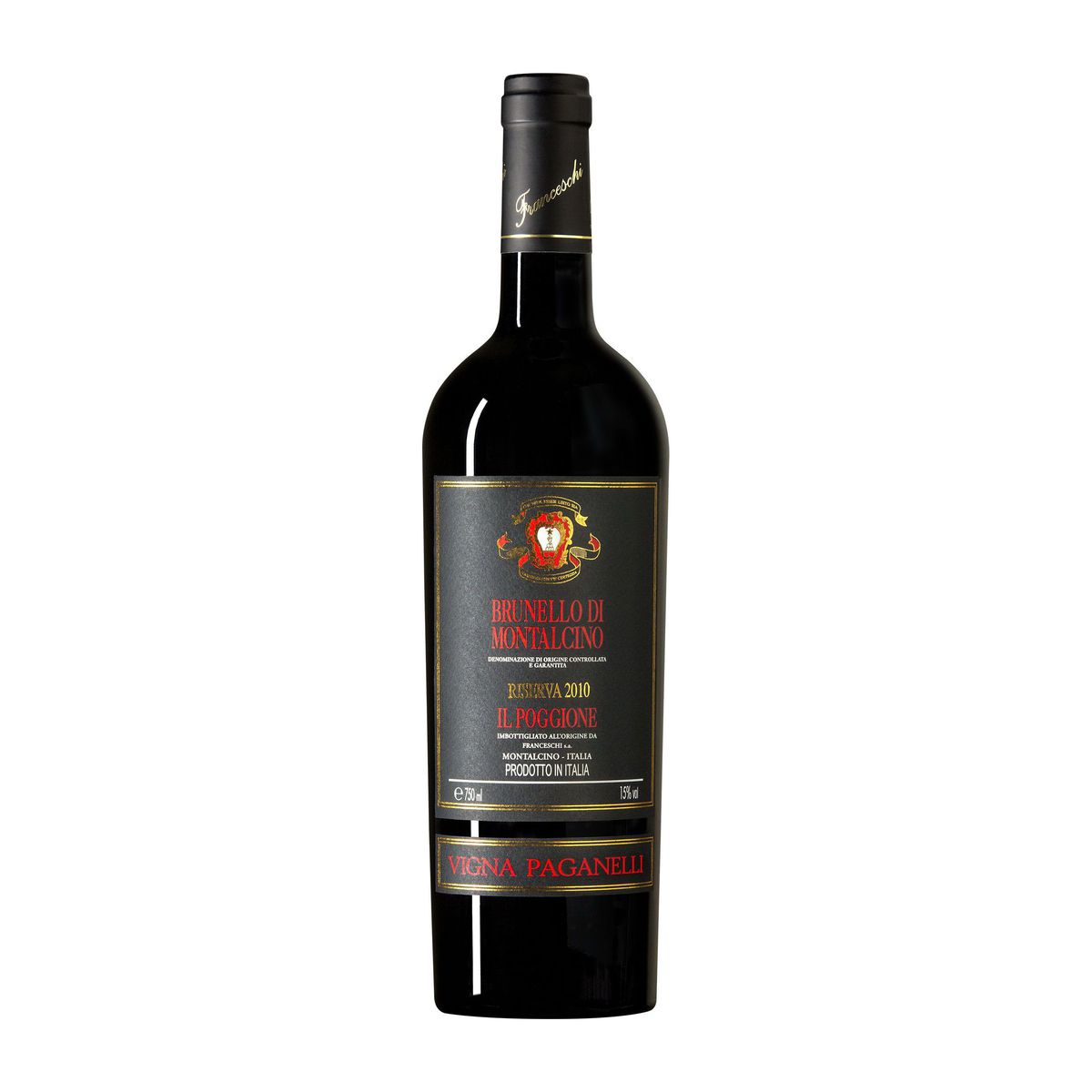 Brunello di Montalcino Riserva Vigna Paganelli is produced only in the best vintages and in limited quantity. This wine comes exclusively from "I Paganelli" vineyard, the oldest one in the estate, planted in 1964. Its vines, used as a clonal reference when planting new vineyards, produce high quality grapes which are picked by the individual selection of the best and ripest bunches. Intense ruby red, elegant nose with notes of red fruit, leather and spices; persistent, balanced flavour, with a long and seductive finish.
€ 85.00
2012
0,75 lt
USE THE "WELCOME10" COUPON CODE TO GET A 10% DISCOUNT