A long lasting bond unites the Mazzei family with Tuscany and wines since the XI century.
Ser Lapo Mazzei is the author of the first known document to use the "Chianti" denomination in 1398; in 1435, when his granddaughter Madonna Smeralda Mazzei married Piero di Agnolo da Fonterutoli, the holding became part of the family's estate. Since then, for 24 generations, the Mazzei family produces wine at Castello di Fonterutoli, which even after its recent expansion still remains the beating heart of the company.

Azisa, the word that gives rise to the name Zisola, also means "beautiful", an adjective that describes in one single word the character of this wine made from grapes of Grillo and a touch of Catarratto.
€ 10.30
2018
0,75 lt 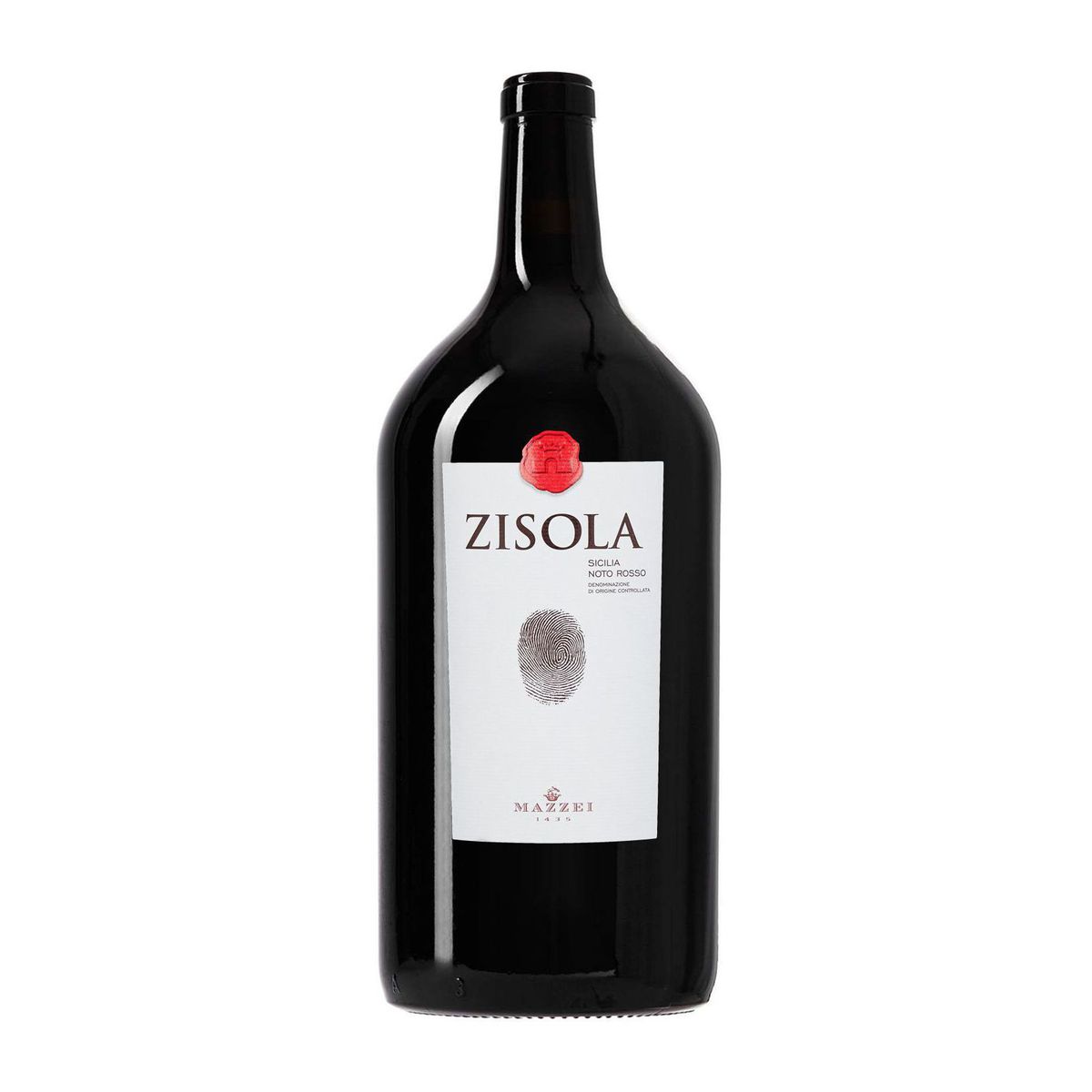 Zisola is made only from traditional "Alberello" (bushy) vines grown near Noto, an area of rare beauty. The proximity of the sea and the soil rich in limestone allow to best balance the natural Nero d'Avola exuberance, with a great freshness. Jéroboam 3 lt.
€ 65.00
2016
3 lt 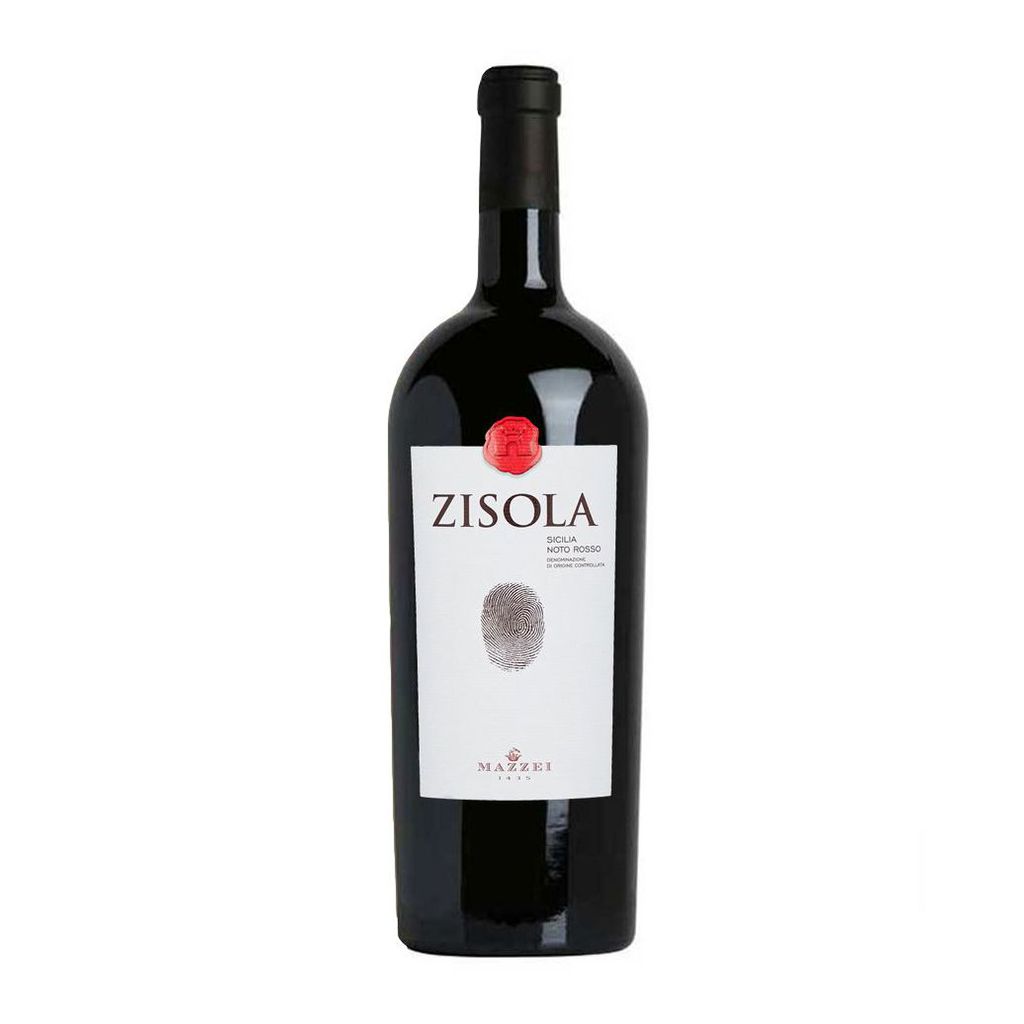 Zisola is made only from traditional "Alberello" (bushy) vines grown near Noto, an area of rare beauty. The proximity of the sea and the soil rich in limestone allow to best balance the natural Nero d'Avola exuberance, with a great freshness. Magnum 1,5 lt.
€ 30.00
2017
1,5 lt

Zisola is made only from traditional "Alberello" (bushy) vines grown near Noto, an area of rare beauty. The proximity of the sea and the soil rich in limestone allow to best balance the natural Nero d'Avola exuberance, with a great freshness.
€ 13.00
2016
0,75 lt 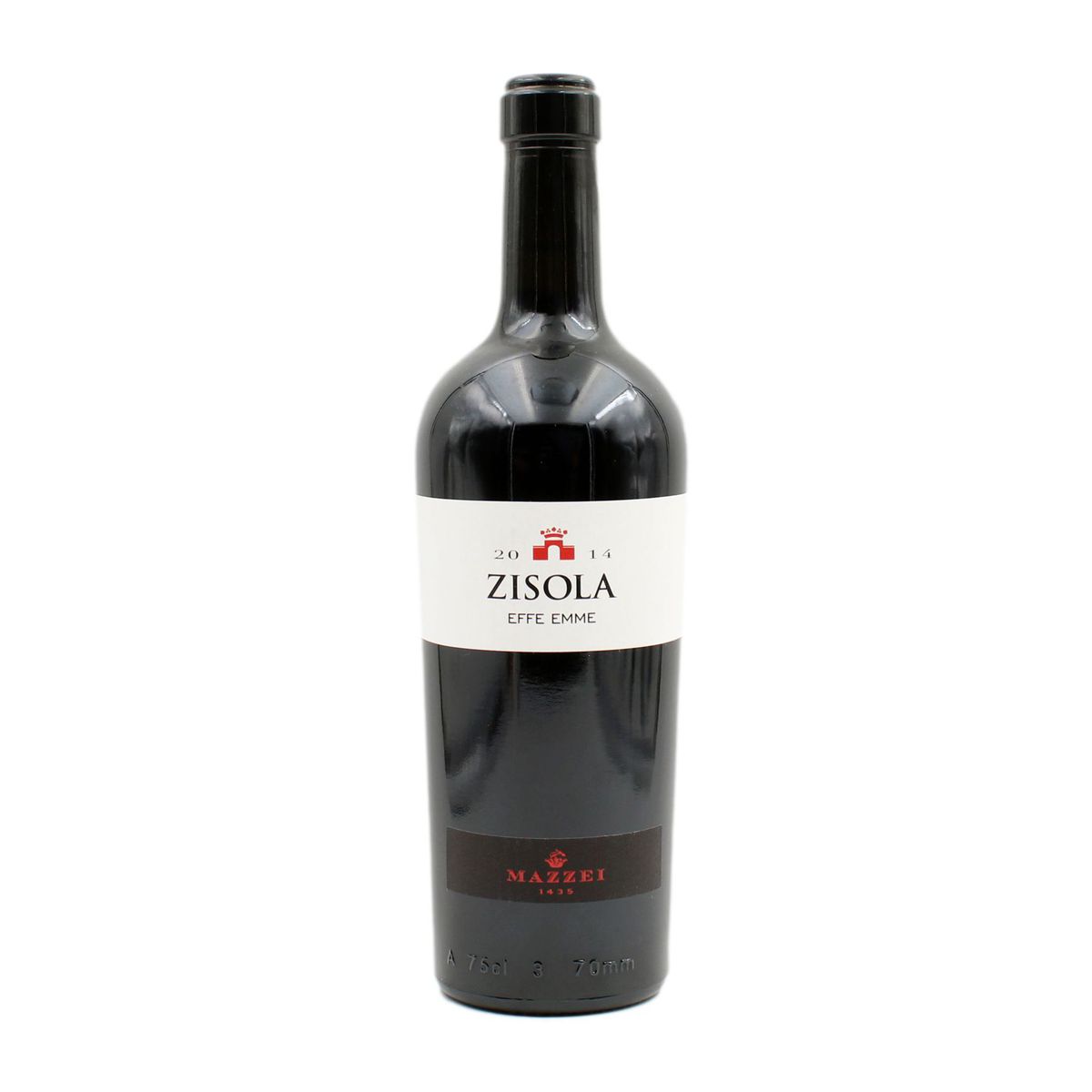 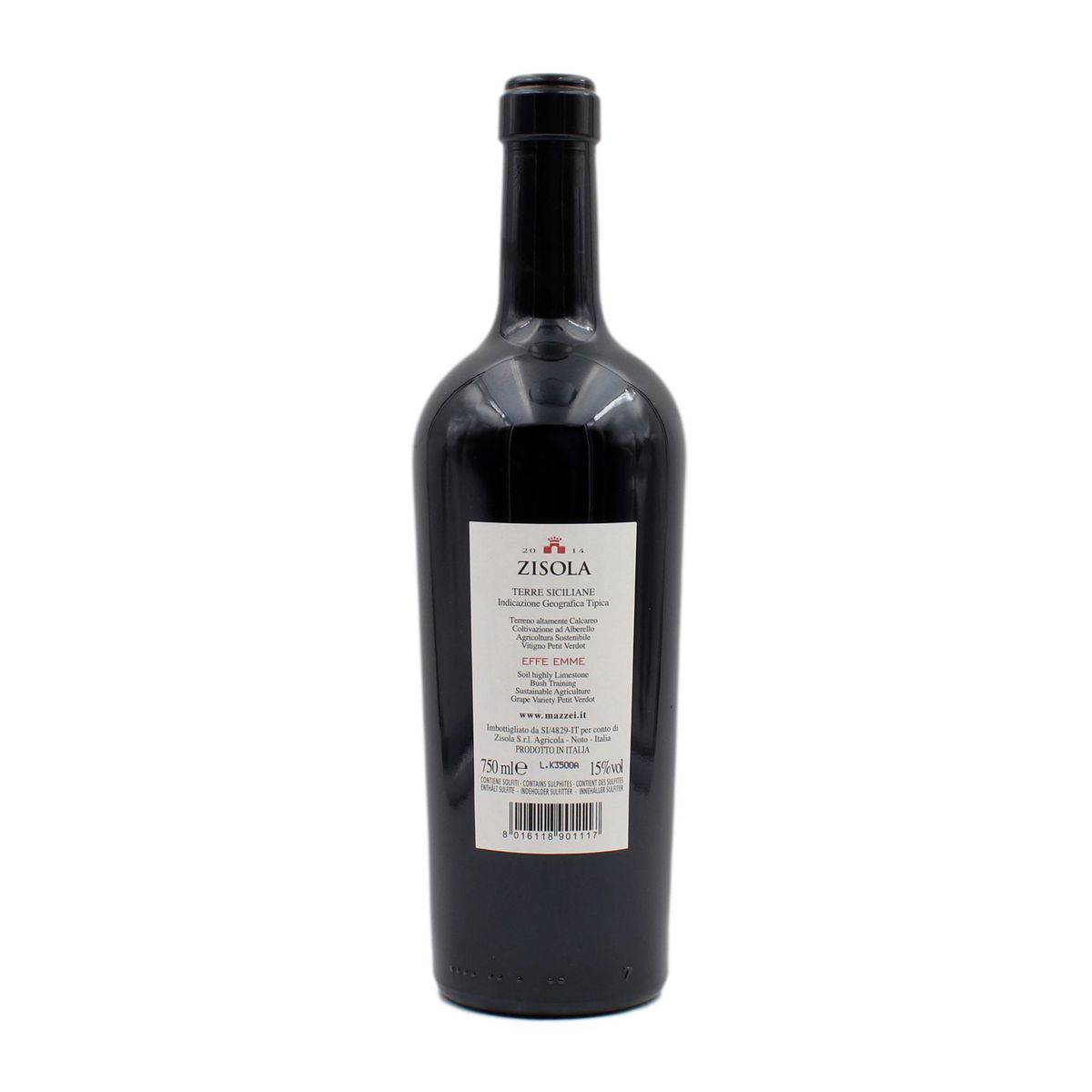 It’s the most important wine of the Zisola estate, made with a selection of indigenous Nero d'Avola, rigorously bush trained, on two single estate parcels; it shows a different and personal style. A "super" Nero d'Avola, where the name "Doppiozeta" highlights the "core" of the Mazzei name. Muscular, explosive spices and fruit flavors, powerful and elegant texture.
€ 23.90
2015
0,75 lt 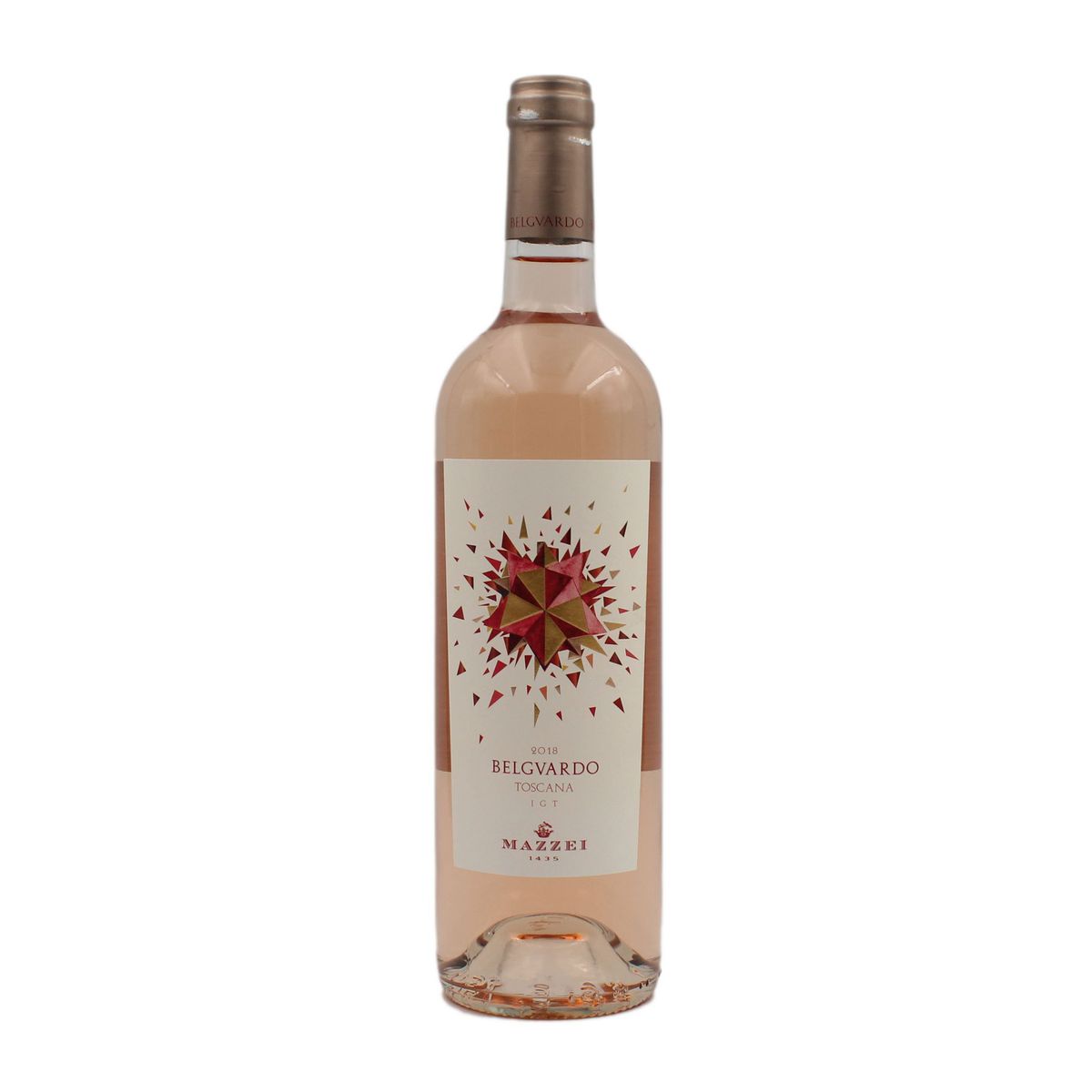 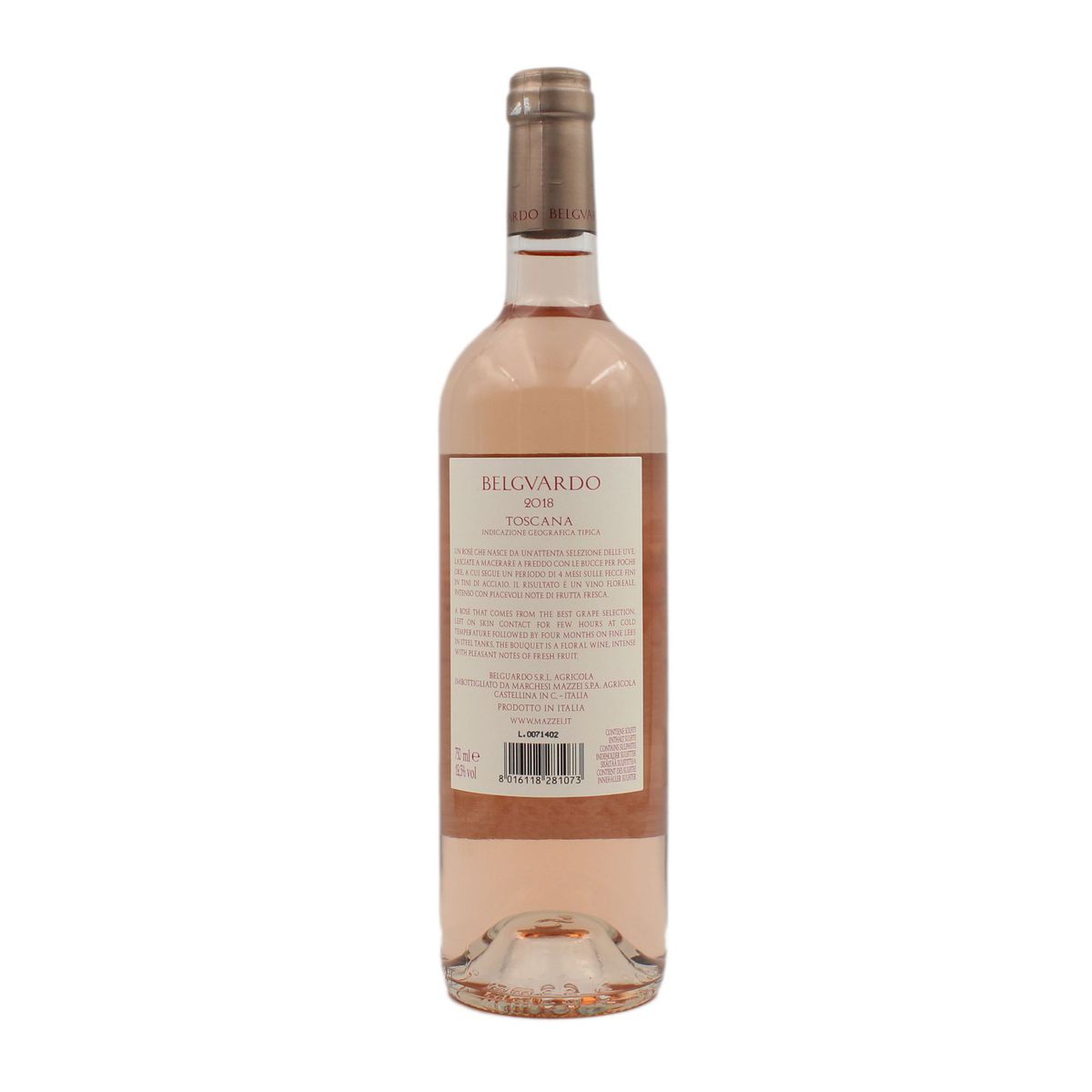 Born from the "marriage" of Sangiovese and Syrah, it is vinified in contact with the skins for a few hours to be the most authentic Rosé. Intense and fresh, cherry flower flavors, smooth, mineral and pleasantly lasting taste.
€ 14.20
2018
0,75 lt The Tyrrhenian Sea derived its name from the population of the "Tyrrhenoi", better known as the Etruscans, who led by Prince Tyrrhenus landed on the coast of Southern Tuscany. This charismatic blend bears the name "Tirrenico" because its native vineyards overlook the sea and benefit from its breezes. Intense, elegant and vibrant, Mediterranean and blackcurrant notes, with a fresh and savory finish. Extremely enjoyable.
€ 13.00
2016
0,75 lt 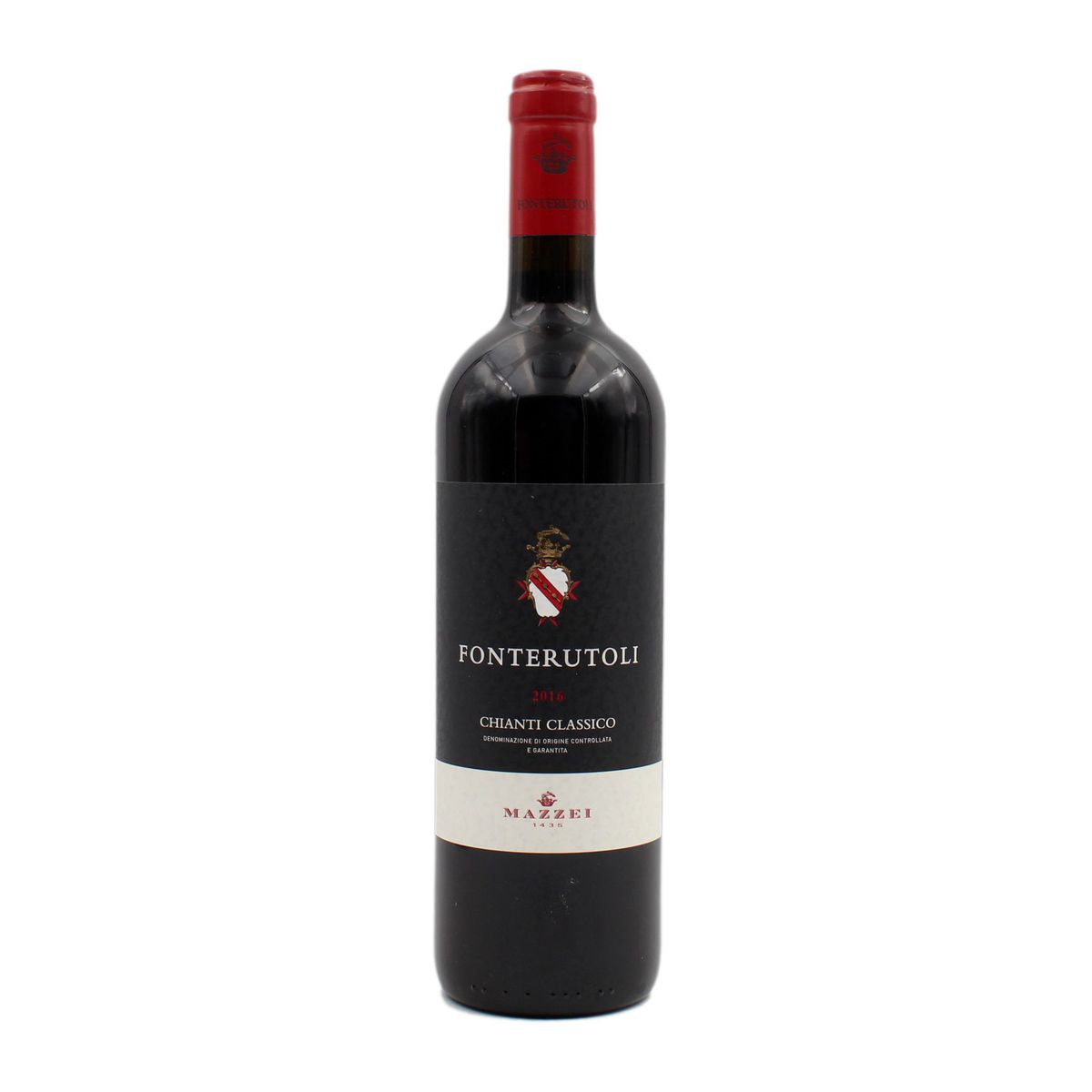 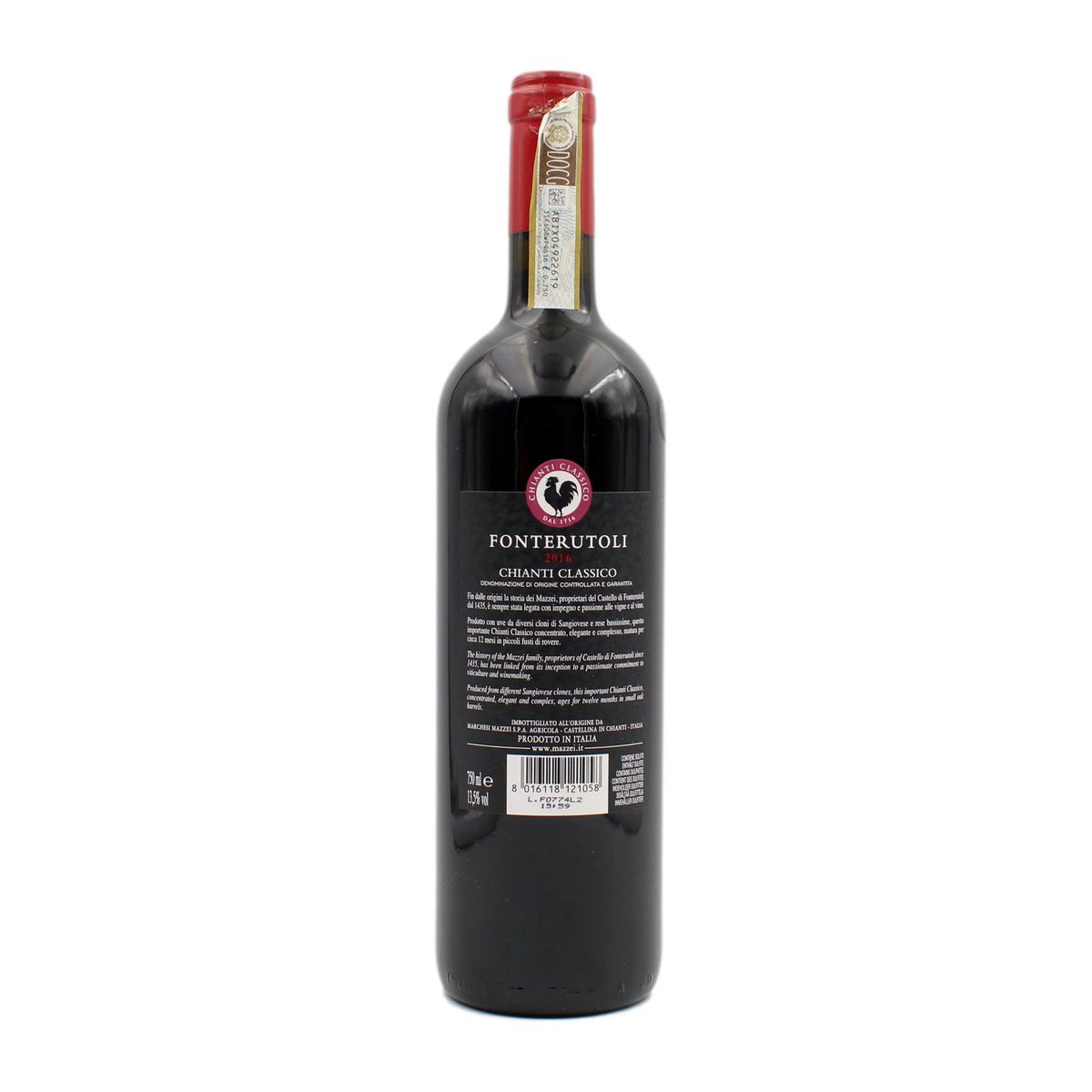 Selected among Fonterutoli's 120 different parcels, after the master blend of its "big brother" Castello Fonterutoli. It's the main wine and the "Best Seller" of the estate, since ever the category benchmark. A well proportioned, elegant body, dark berry, fresh spice flavors, intense, smooth taste.
€ 18.00
2016
0,75 lt 40 years of research, over 300 meters of altitude gradient, 120 single vineyards, 36 biotypes of Sangiovese of which 18 exclusive to Fonterutoli, 120 individual vinifications and ageing processes, a blend of 50 wines from the best single vineyards: since its conception Castello Fonterutoli represents the real star of Chianti Classico. Great structure, complex dried flowers, bouquet, very rich and persistent.
€ 38.10
2015
0,75 lt 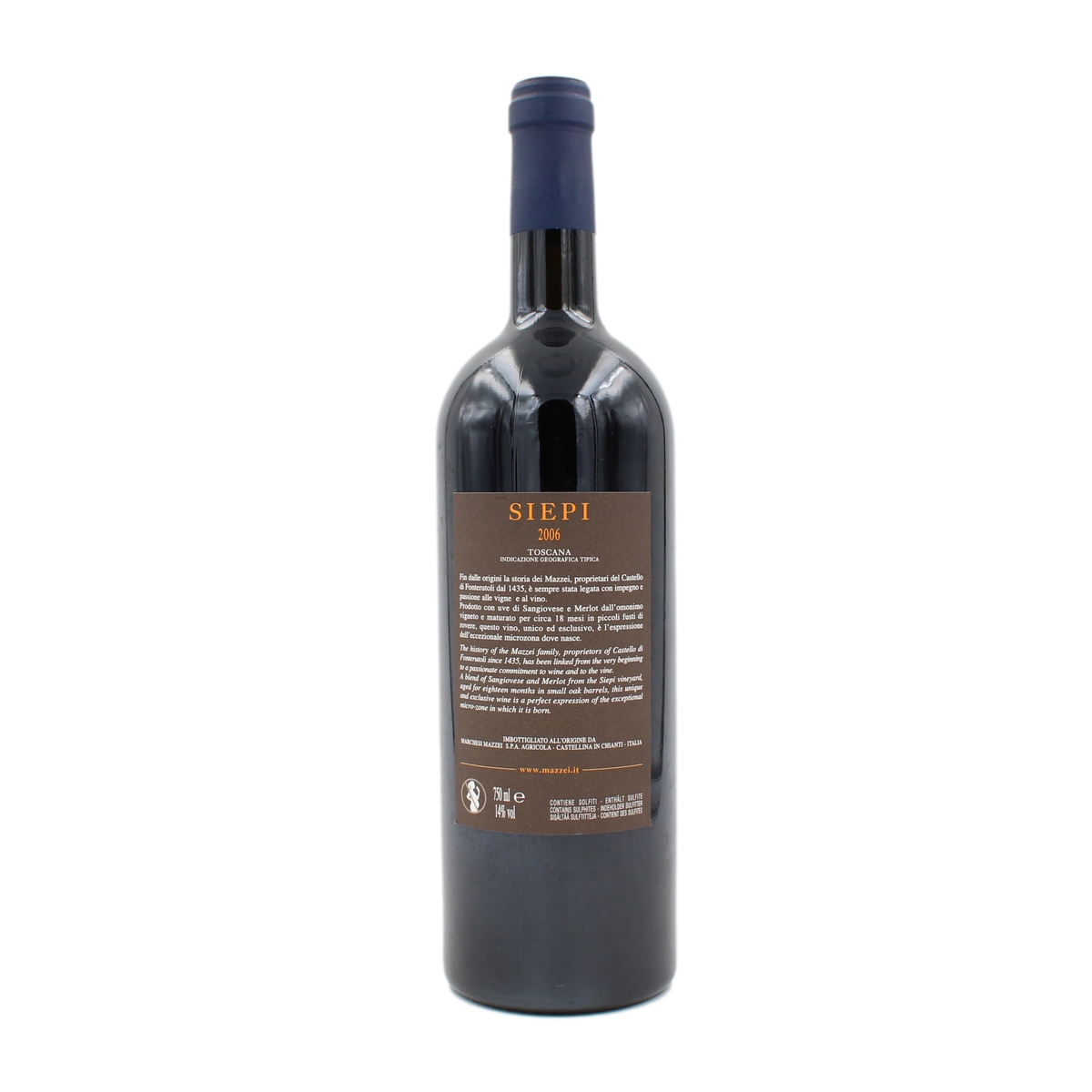 Siepi, owned by Mazzei family since 1435, has always been a model farm, still managed today with the same kind of respect. A unique location, a special microclimate, the foresight in the early 1980s to plant Merlot as the ideal grape to complement Sangiovese in a very particular "terroir"; the combination of these two cépages produces a wine which is perfectly balanced between elegance, power and complexity. At harvest time the grapes, concentrated and rich in sugars, showed an exceptional level of physiological ripeness. The musts, very elegant, were deeply colored, rich in tannins, and with complex and spicy aromas. Spring, up until the end of May, was fairly humid and with temperatures slightly below seasonal averages; June and July were dry months, and the weather in July was particularly hot. The final two months of ripening were characterized by notable temperature swings from nighttime to daytime and prolonged periods of very low humidity, both factors which contributed to an exceptional ripening of the grapes both from the physiological and from the analytical point of view. The harvest began with the Merlot grapes during the first ten days of September and concluded between October 10th and 20th with the picking of the estate's Sangiovese.
€ 100.00
2006
0,75 lt 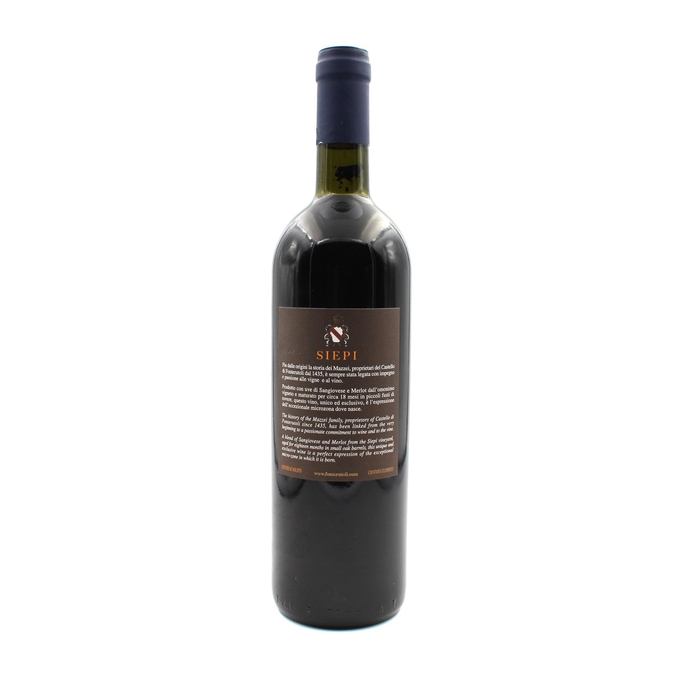 Created from a blend of Sangiovese and Merlot grapes harvested in the Siepi vineyard, situated at an altitude of 260 m. (853 ft.) and benefitting from exceptional climatic and soil conditions. A highly concentrated wine with sweet and dense tannins, it displays a unique and original charcater.
€ 110.00
2003
0,75 lt
Red White
USE THE "WELCOME10" COUPON CODE TO GET A 10% DISCOUNT