Not far from Megara Hyblaea, one of the first Greek colonies in Sicily, the ancient feud of Targia extended for over 345 acres, set among the Ionian Sea, the ruins of the Euryalus Castle and the Dionysian walls. Thanks to a long family tradition, the Pupillo Farm has recovered the lost taste of Moscato di Siracusa and renewed the more consolidated and typical one of Nero d’Avola. The vines thrive in the six plots of Senie, Mulino, Podere 27, Tre Acri, Favaraggio and Vignazza delle Monache. In these mixed soils the limestone component gives softness to Moscato grapes, while the volcanic one strengthens the red wine’s body.

The careful selection of grapes, harvested in the cool summer mornings to preserve their organoleptic properties, is a prelude to a quality wine production in which the hand of man expertly blends the most characteristic flavors and smells (orange blossom, citrus, raisins, peach, apricot, jasmine, honey) of the rich Syracuse area. This green oasis, that descends into the fertile plain of Epipoli and breathe the salty air of the nearby Mediterranean coast, is the birthplace of the prestigious labels that consolidate a family tradition spanning a century and tell the story of the city of Syracuse. 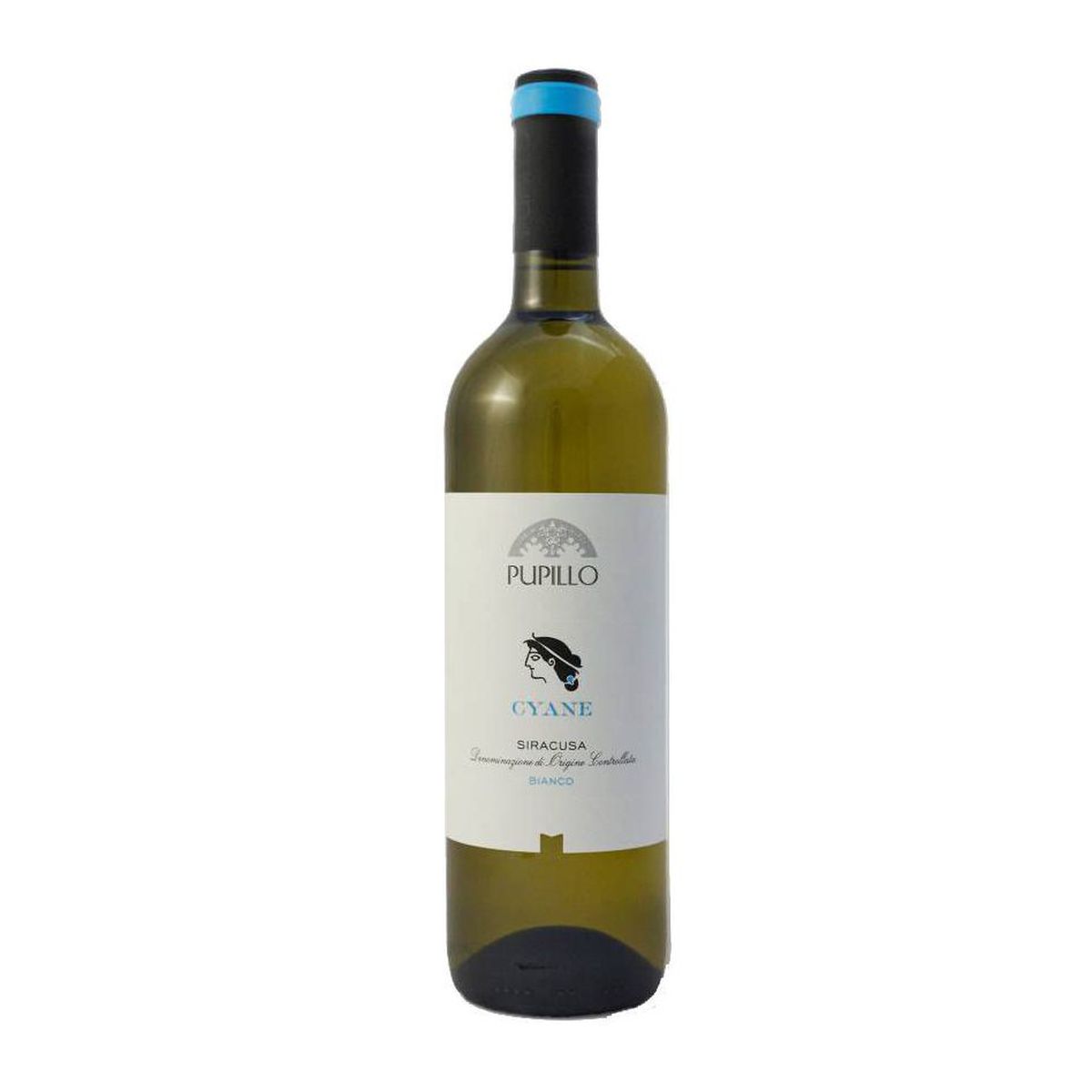 A unique wine in the Sicilian wine scene, it is produced with pure white Muscat grapes from the beautiful vineyards of Targia.
€ 10.50
2018
0,75 lt
USE THE "WELCOME10" COUPON CODE TO GET A 10% DISCOUNT