Many years ago, a child asked his mother to buy him a bottle of wine. They were in Sicily, traveling, and she, of course, replied that he was still too young. But he insisted and his mother gave it to him, as long as he waited seventeen to open it. On reaching that age, the child, who by now had become a boy, finally opened the bottle, but the wine had partly evaporated. That boy, Count Paolo Marzotto, never managed to drink that wine he had waited for so long, but this particular transformation intrigued him to the point of undertaking a search to understand where everything had originated, that is to understand how to make wine. This research, a successful research, went through Veneto, Tuscany, Alto Adige, Lombardy, until it rejoined in Sicily in 1997, in Pianetto, in the countryside of Palermo, which with its hills, greenery, rocks and the richness of water is reminiscent of a "small Switzerland".
Here the desire of Count Paolo to produce wines that exalted the uniqueness of this particular terroir was harmoniously realized. 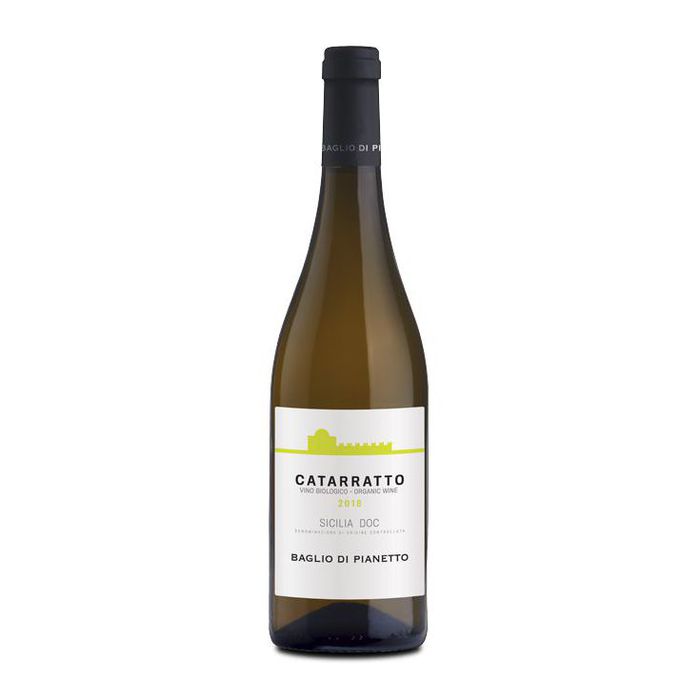 Fragrant and delicate, an authentic Sicilian white of great quality with all the distinctive aromas of this sunny variety. On the palate, this organic Catarratto displays structure and balance, good intensity and a persistent finish. Overall, this is a straw-yellow coloured wine endowed with good body and harmony with all the character of its native terroir.
€ 6.90
2018
0,75 lt

Obtained from the finest of Sicilian native grapes, this organic Nero d'Avola is of a deep ruby red colour with purple hues. Immediately seductive with its caressing notes of redcurrant, wild strawberry and pomegranate. Delightful on the palate thanks to its freshness and minerality, supported by soft and perfectly balanced tannins.
€ 7.30
2017
0,75 lt

The first white produced in Pianetto, Ficiligno fully expresses the essence of its native terroir with its mineral rich soil. A wine with an intense and persistent aroma, it is named after a local stone found in abundance in the rural countryside of Palermo. Count Paolo Marzotto was fascinated by the particular appearance that these rock formations give to the landscape and sensed the potential of the local rich and gravelly soils for the creation of fresh white wines.
€ 10.20
2018
0,75 lt A straw-yellow white with golden highlights, named after one of Plato’s famous dialogues - elegant and fragrant, with hints of white flowers, notes of exotic fruit followed by coffee and roasted cocoa beans. On the palate it is vibrant and balanced, lingering and austere. Pleasantly sapid, a concentrate of Mediterranean minerality.
€ 11.20
2018
0,75 lt
Red White
USE THE "WELCOME10" COUPON CODE TO GET A 10% DISCOUNT