The unmistakable personality of this Asti is the result of a vintage blend of the best, carefully-se- lected grapes from each harvest. The unique Asti Millesimato Fontanafredda is an aromatic sparkling wine with an which turns every occasion into a celebration: the ideal companion for a thousand moments of fun and joy. The fragrance of its aroma, which is typical of the grape-variety, fills this wine with an inviting, sweet nose of musk, sage and honey, and of the flowers of linden, acacia, hawthorn and orange trees, arousing engaging sensations lengthened by a lingering cheery flavour. All its promise is confirmed in the classic goblet: the straw-yellow colour, the fragrant, attractively sweet and well-balanced bouquet, and the taste of just-picked grapes.
€ 8.50
2018
0,75 lt 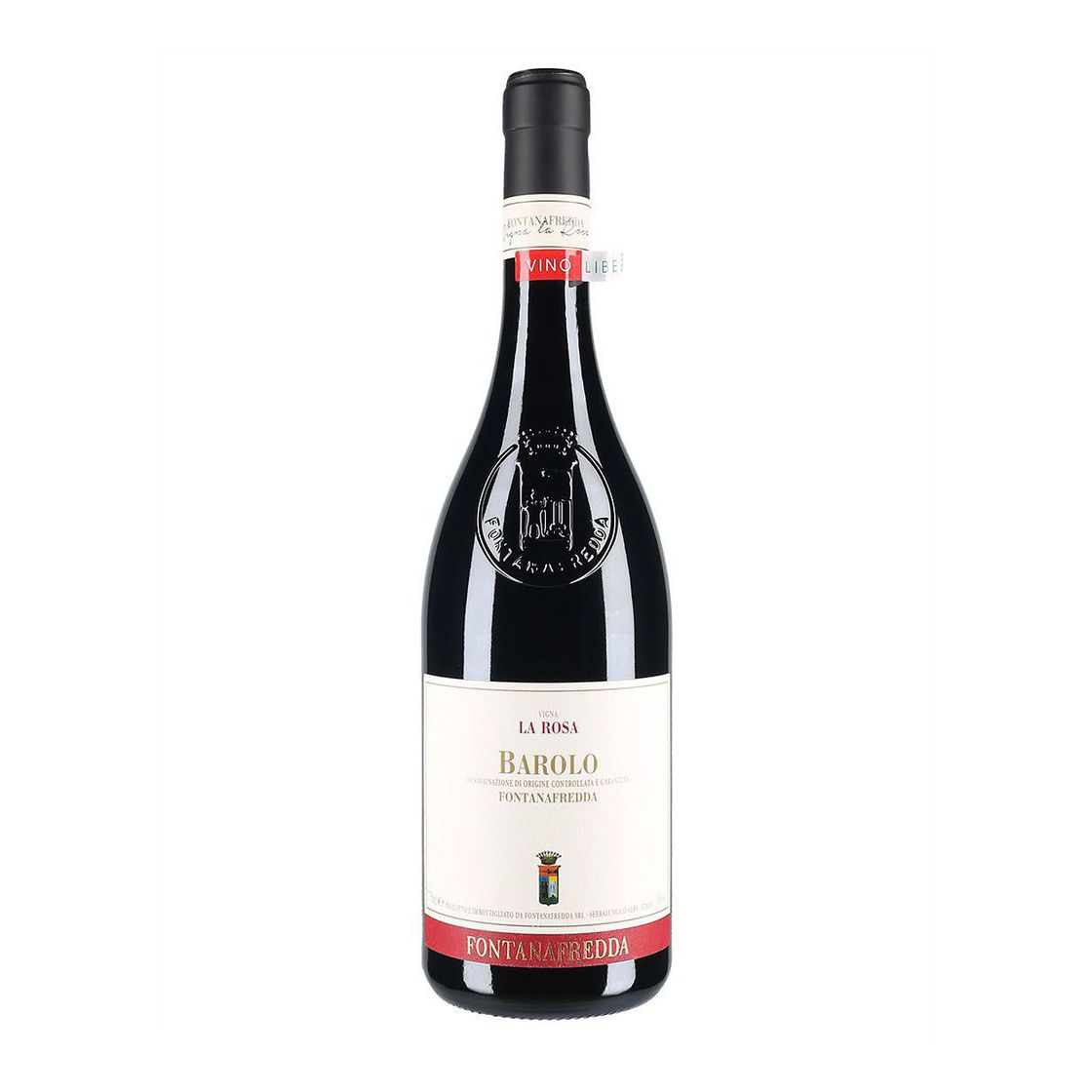 The single-vineyard Barolos are produced from the most painstaking selections carried out in vineyards which tradition has preserved over time as emblems of exemplary quality. "La Rosa" represents an interpretation of Barolo of particular importance: even though it is the soil and the sun - or what is called in short microclimate - which commands man and guides his technical decisions, and not viceversa. Garnet-red with ruby highlights, it has a full and delicate, though intense nose, with long-lasting clear-cut overtones of withered roses, underbrush and spices. Its dry, austere taste is soft and full-bodied. "La Rosa” expresses the qualities of the Barolos grown in Serralunga d'Alba at their best, with a marked - almost feminine - concession to grace and softness in its flavour and bouquet.
€ 70.00
2015
0,75 lt
Red Sparkling
USE THE "WELCOME10" COUPON CODE TO GET A 10% DISCOUNT